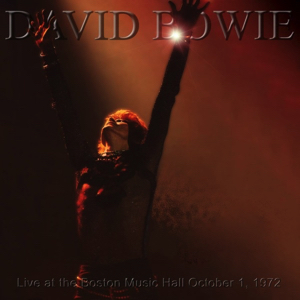 RCA recorded this concert for the aborted Ziggy Stardust live album. Other shows recorded included Carnegie Hall and Santa Monica. However, three tracks from this concert can be found on the SOUND + VISION PLUS (1989) CD Video namely: