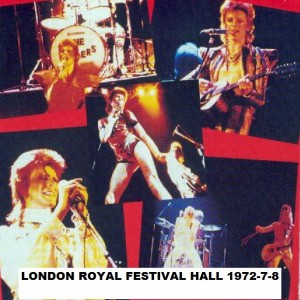 This “Save the Whales” concert is organised by the environmental group Friends of the Earth. It is the climax of the first part of the 1st UK Tour and a sell-out. Kenny Everett is the host and introduces Bowie:

“…you are about to witness the next biggest thing to God…”

“A Star is Born! – When a shooting star is heading for the peak, there is usually one concert at which its possible to declare – That’s it – he’s made it. For David Bowie opportunity knocked loud and clear last Saturday and he left the stage a true 1972-style Pop giant, clutching flowers from a girl who ran up and kissed him while a throng of fans milled round the stage” – Melody Maker