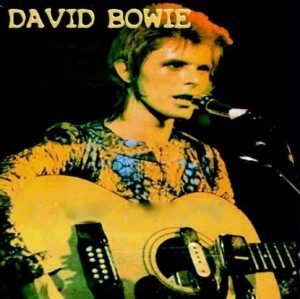 David walked on stage and said “Alright , I’m David Bowie and this is some of our rock.” He announced ‘I feel Free’: “This is a song from a long time ago. It’s written by Jack Bruce and Keith Brown. It’s called ‘I Feel Free’;

Same as Preston,plus I Can’t Explain afther Moonage Daydream. Twenty-four journalists,especially picked for the occasion were invited over from America by RCA to attend the concert. For RCA this was an investment of $25,000,but this was a splendid concert,so it was worth every penny,since the revue they wrote were quite positive one and all,which was a Tremendous boost to the Ziggy Stardust record sales in America.
“Allright,I’m David Bowie.these are the Spiders from Mars and this is some of our rock” Bowie says on coming on. A great deal of the numbers are announced by himself: “This is a track that is called Amsterdam which is a French song by a Belgian who writes in France. I always thought he was French but l found out later he was a Belgian. Anyway,this Belgian lives in France and writes songs,and they’re good songs like Amsterdam. About twelve years ago they were translated into English by an American guy called Schyman. An international Song,called Port of Amsterdam.

Bowie starts singing the first lyrics when he is shortly interrupted by.the audience.“this is a song from a long time ago,it was written by Jack Bruce and Keith Brouwn,it’s called I Feel Free“. “Our album The Rise and Fall of Ziggy Stardust and the Spiders From Mars,we’re very pleased to tell you,we heard it went up to number eight and this is one of the tracks from it,called Moonage Daydream“.
This version of I Can’t Explain. is the first and only one of the Ziggy period that I possess. During Suffragette City Bowie went down on Mick Robson’s guitar and performed an act that was highly suggestive of Eellatio!.

The American Journalists had never yet seen such a show,their enthusiasm was great.One of them .Glen O’Brien from ‘interview’ ,wrote extensive report (five 30×40 cm pages’).I quote part of it.”The Aylesbury Town Hall is the size of an average pre-war high school gym… There were perhaps a thousand peers in the hall when we entered. At first if was remarkable that RCA had spent at least $25,000 to bring a select group of writers to the concert at which there were no seats for them.Then I realised there were no seats at all.
David Bowie did no come unannounced.He was in fact preceded on stage by a handsome negro and his attendants who attempted to work the audience to a fever pitch by tossing them balloons,Pinwheels,and hundreds of Bowie posters.The audience needed little prodding though,and anxiously awaited David Bowie and the Spiders from Mars,while the giant amplifiers sounded a recording of old Ludwig Von’s Song of Joy from the Ninth Symphony.

CA fly in the cream of the American music press (Lisa Robinson – After Dark; Lilian Roxon – New York Daily News; Bob Meusel – UPI; Ellen Willis – The New Yorker; Alan Rich – New York; Lenny Kaye – Changes; Henry Edwards – The New York Times; Glen O’Brien – Andy Warhol’s Interview and others from Rolling Stone, Creem, and Playboy) to this concert at the cost of US $25,000 in order to sell Bowie, who while well known in the UK, is less so in the US. The club which held 2,000 people was packed for the concert. Bowie had planned to relay this concert to a huge video screen in the market square but this did not occur. Bowie enters the concert to flashing strobe lights and the “Clockwork Orange” music.
The press spend a weekend at The Inn on The Park and have an opportunity to meet Bowie personally.

“The Aylesbury town hall is the size of an average pre-war high school gym…There were perhaps a thousand peers in the hall when we entered. At first I thought it was remarkable that RCA had spent at least $25,000 to bring a select group of writers to a concert at which there were no seats for them, save the floor…David Bowie did not come on unannounced. He was in fact preceded on stage by a handsome Negro and his attendants who attempted to work the audience to a fever pitch by tossing them balloons, pinwheels, and hundreds of Bowie posters.
The audience needed little prodding, though, and anxiously awaited David Bowie and The Spiders From Mars, while the giant amplifiers sounded a recording of old Ludwig Von’s Song of Joy from the Ninth Symphony. David appeared on stage with his band to what could fairly be called a thunderous ovation. And he deserved every handclap…His hair was a vibrant orange..And the band played on…And David proved himself to be a unique performer.” – Glen O’Brien (Andy Warhol Interview 1972)