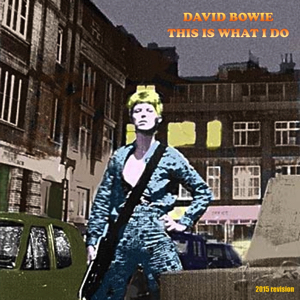 A fine example of the early Ziggy shows;
only 1/3 of the hall was occupied,but at the end of the show those who were present (some 700) were wild with enthusiasm and quite impressed by the qualities of this little red-haired creature.
The audience cry for an encore and Bowie returns: “This is a number by Lou Reed,it’s called Waiting For the Man“. 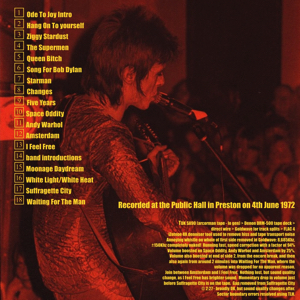 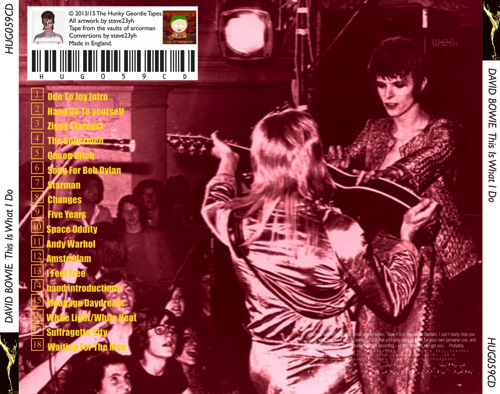 At the start of Hang On To Yourself, Bowie says, “Hello everybody, it’s David Bowie and these are the Spiders….”

At the end of Five Years, Bowie says, “Good evening, that one was called Five Years, and it’s from an album……Ziggy Stardust And The Spiders From Mars…”

At the end of Space Oddity, Bowie says, “Thank you….thank you very much…..this is, ah, something we wrote…..”

At the start of Andy Warhol, Bowie says, “Umm, comes from an album called Hunky Dory…..called Andy Warhol”. At the end of the track, he says, “Thank you very much”.

At the end of I Feel Free, Bowie says, “That was Trevor Bolder bass guitar, Woody Woodmansey on drums, and Mick Ronson on lead guitar”.

At the end of Suffragette City, Bowie says, “Thank you, goodbye”.


review:
“In 1972 I was 15 years old and generally hung out with people a couple of years older. One day I was asked by an older friend if I wanted to go to a David Bowie concert that night. Yes I said, not really knowing much about David. The concert was at Preston Public Hall. The Public Hall was a smallish venue, an old ballroom with sprung floors. 29 years on I am still moved/affected by that night. I feel privileged to have seen Ziggy Stardust in his early days in front of such a small crowd (I guess at 2000-3000). As the night rocked away the ballroom’s sprung floor was bouncing up and down – – I really can’t put into words what a great experience it was and what talent DB was/is. Talk about somebody ahead of his time (lightyears) – – I’m sure that concert would blow the minds of today’s youth.To me Ziggy Stardust is an important piece of world history!!!!” – Peter Ulyett (2001)