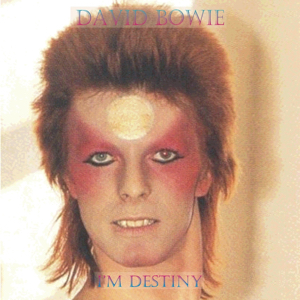 Just as on the Glasgow tapes lots of hysterical screaming here too. Every now and then the tape is interrupted but that doesn’t matter too much. “This is called The Prettiest star“ Bowiee says after a splendid version of the Quick­sand medley.
This tape also drculates under the title ‘Leeds 29-6-1973’; so,be careful!

Running too slow. Speed correction with factor of 103%

Volume reshaping on side 1

Gap removed between Space Oddity and The Jean Genie – crowd noise only. Immediately followed by flaky section (~5 seconds) on right channel – left channel copied to repair.
In The Jean Genie, between 28.5 and 32.5 seconds, some single channel dropouts (first left, then right). Other channel copied in both cases.

Tape flip between The Jean Genie and Time. Start of latter just clipped. Gap removed between Drive In Saturday and Panic In Detroit – crowd noise only

Both encores (Cracked Actor and Rock’n’Roll Suicide) are missing

In places there was a strange rattling noise, almost like Ernie’s ghostly milkbottles, a-rattling in the crate. Reduced by use of Goldwave parametric equaliser, 8400 Hz ± 50Hz – 90%