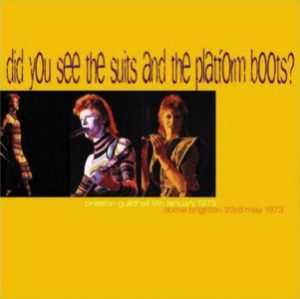 David Bowie 1973-05-23 Brighton ,The Brighton Dome – Did You See The Suits And The Platform Boots –
Sound Quality Rating 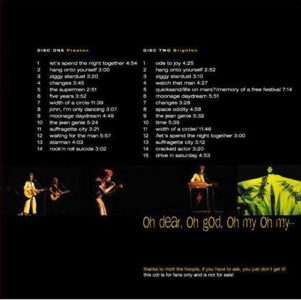 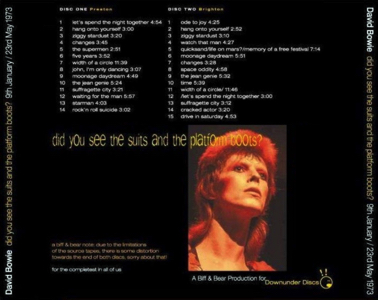 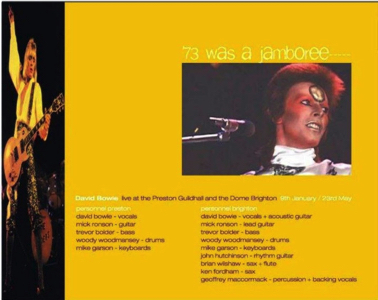 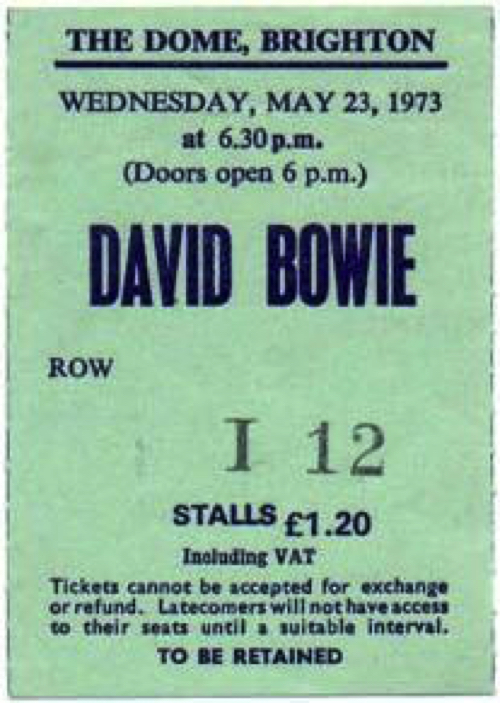 The Quicksand-medley is ,once again,played beautifully. By the way,this was the last time Bowie played it during this tour: after Brighton it was replaced by another medley. After the medley,Moonage Daydream,in which Bowie sings: “Freak out in a teddy-bear dream-dream”! The number is interrupted a couple of times,and a tiny bit is missing. When the song is over,one can hear a girl screaming “I love you David!”. During the concert the audience were hysterical ,maybe even a trifle too much so: in their high-strung mood they did much damage to the theatre , especially to the seats! As a result the Dome managers would never have Bowie perform there again!
“Thank you,we’ll be back in ten minutes” Bowie says after Space Oddity,and after a pause they return to playa heavy version of Jean Genie. After Width of a Circle the tape is shortly interrupted to continue with Let’a Spend the Night To­gether,of which the beginning is missing – and also the band intro to it. “Thank you,we love you” Bowie says after Drive in Saturday, and a music tape is played to indicate that the con­cert is over: no Rock & Roll Suicide??! Strange!
There are moments when Bowie’s singing,which is not too clear as it is,is drowned by Bolder’s bass. . 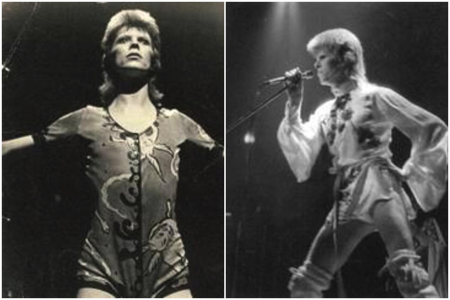