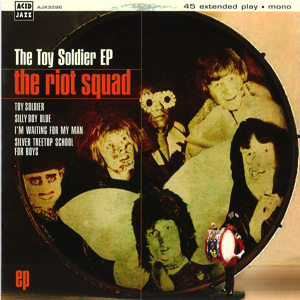 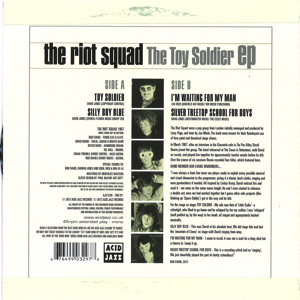 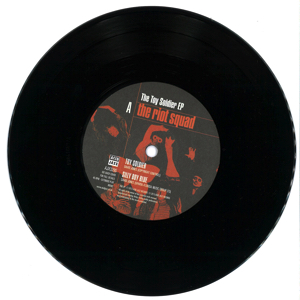 The EP kicks off
with Toy Soldier. No, not the Small Faces one (that would be too weird), but a typical piece of ’60s-style Bowie whimsy. Except this whimsy keeps drifting into the Velvet Underground’s Venus In Furs, complete with ‘whip’ sound effects (and more). It sounds odd and it is. But something you really should hear.

Following that is a track 1960s Bowie aficionados will know well, a take on Silly Boy Blue, which actually appeared on solo debut from ’67 (which was reissued in 2010). This version is a stripped down, rather fragile version, lacking the orchestrations and pomp of the final version, but making up for it in charm.

Following on from that is the ‘proper’ VU cover, I’m Waiting For The Man, which I really like. As I mentioned, Bowie has done this in his live set over the years, so it’s obviously a personal favourite, with this version being pretty faithful to the US band’s original. A driving beat and Bowie doing his best Lou Reed impression. There’s even what sounds like a kazoo thrown in too. Its the pick of the EP.

Finally, we’re back to the land of whimsy with Silver Treetop School For Boys, a touch of Anthony Newley in the vocal of a tune that was actually covered by other acts in the ’60s (including the Beatstalkers), but never released by either the Riot Squad or Bowie. You can see why. It’s a catchy little ditty (and a short one here, perhaps because it was never quite finished), but the track never really gets above interesting in the form presented here.

Saying that, I personally love this EP, rough edges and all. But your love for it probably depends on your love for Bowie’s 1960s output (and possibly your tolerance of the Velvet Underground). If you have any interest in Bowie’s early period, I suggest you go out and get your order in for this EP now. It’s no classic, but it’s a fascinating record of a very short-lived period.

The Riot Squad were a pop group from London, initially managed and produced by Larry Page and later, for their reunion, by Joe Meek.

In early 1967, they were joined by David Bowie, who at the time was recording material for his self-titled debut album. The band consisted of six members: Bowie (vocal, guitar, mouth-harp), Rod Davies (guitar), Brian “Croak” Prebble (Vocals), Bob Evans (tenor saxophone, flute), George Butcher (keyboards) and Derek Roll (drums). This incarnation recorded several tracks, including a cover of The Velvet Underground’s “I’m Waiting for the Man”, and a Velvets-influenced Bowie original called “Little Toy Soldier,” which lifts its chorus nearly verbatim from The Velvets’ “Venus in Furs.” These and other songs featuring David Bowie were officially released in 2012 on “The Last Chapter: Mods & Sods”.