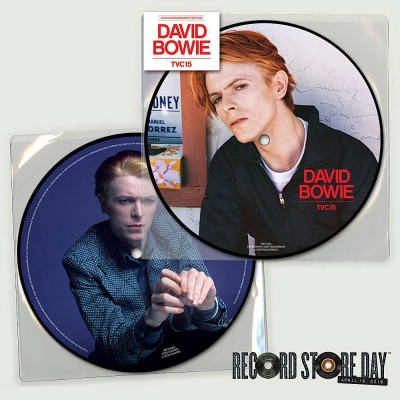 Two David Bowie picture disc reissues have been announced for this coming Record Store Day.
The first is the “TVC 15” single, taken from 1976’s Station to Station, which will be backed by a 2010 single edit of “Wild is the Wind.” (The photo on the A-side was shot on the set of The Man Who Fell To Earth.)

The second is 1970’s The Man Who Sold the World LP, which will be reissued with the original German artwork. They’ll both be out on April 16. 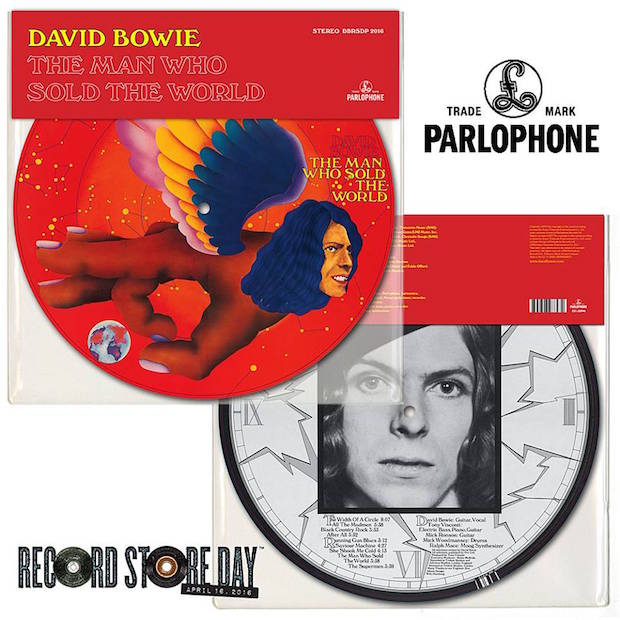