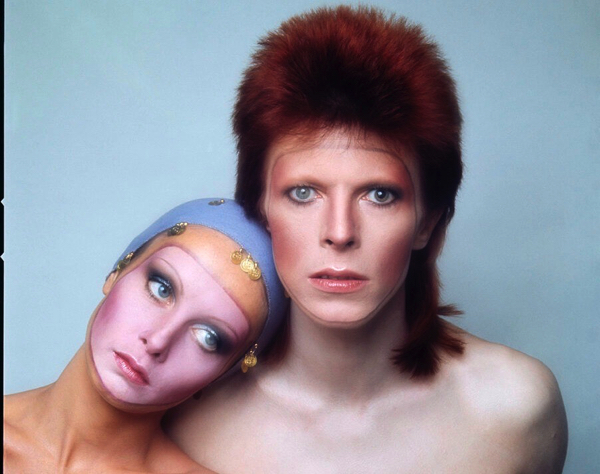 Art was an escape for David Bowie, and it gave him the perfect vehicle to fuel his boundless energy. He had an addictive personality, but making music was a healthy vice, and there’s one album he admitted was “an indication of my addiction”.

At times, Bowie’s restless nature and desire to continue working was his greatest asset, but, simultaneously, it was also his Achilles heel. Bowie didn’t know when to switch off, which allowed him to quickly amass a spectacular back catalogue that most artists could wish to accrue through their entire career.

Following the demise of Ziggy Stardust, Bowie released four albums within two years. Today, it’s not uncommon for artists of his status to release one record every five years, but Bowie couldn’t resist stepping back into the studio and getting to work on his next project.

For Bowie, his prolific streak was embodied by his 1973 covers album Pin Ups.
There was no real need for him to make this album, but he was riding a wave of success, and the word stop wasn’t in his lexicon.

Reflecting on his career during an interview with MOJO in 2002, Bowie honed in on this time and how he let his inner workaholic inside take over. He explained: “But that was still natural me, remember. That was still before the mad stuff had really happened to me. I worked like crazy and it was an indication of my addiction, my workaholicism. I recognise it for what it is. I wouldn’t say I’ve controlled it too much because I still work like that.”

He added: “But I do confine my addictions, and try and channel them into my work. But I dunno, it just seemed like a good idea at the time. I loved all those old songs. I love covering other artists and I always got a thrill out of introducing new people to other people.”

Making an album dedicated to covering others was a natural step for Bowie, and it was also a way for him to pay homage to his roots. In the same interview, he recalled getting his hands on a demo of ‘Waiting For My Man’ by The Velvet Underground and managing to perform it before the track was officially released.

He added: “I love the fact that I did ‘Waiting For The Man’ before any other person in the world other than Lou Reed, because I had his album before it was out. Is that cool or what? I got The Riot Squad [his 1967 band] to learn it the week I got the album. We were doing it on stage before the Velvets had the album out!”

Pin Ups was also an indictment of the times, and it was en-vogue for artists to make cover albums in the 1970s, with Roxy Music  (Brian Ferry from Roxy Music release his first covers album “These foolish things” in the same year.) and John Lennon also following this trend. Admittedly, it’s a record that doesn’t get as much love as others in Bowie’s collection, but as he said himself, it shows how he needed to create it to survive due to his addictive traits.