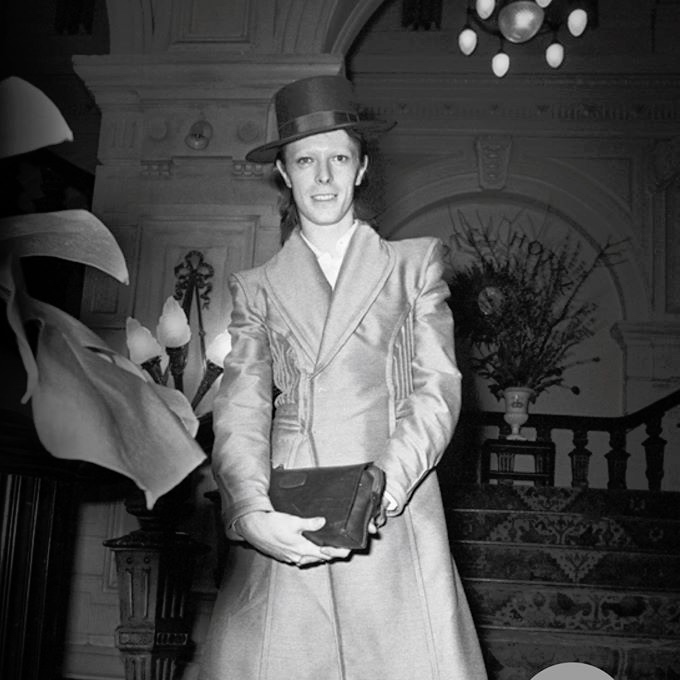 On May 2nd, David Bowie The Seventies will be published by Conserve Publishers, with photos by Gijsbert Hanekroot and texts by Sebastiaan Vos. The design is by – SYB -. David Bowie The Seventies contains Hanekroot’s most striking photos of David Bowie, and includes a number of unknown gems. Sebastiaan Vos has not only written a concise and informative biography, but he has also added a wonderful story about his love for one of the greatest artists known in pop music.

David Bowie The Seventies gives a good impression of what is seen as the most important period of Bowie’s career. Hanekroot’s and Bowie’s paths crossed on six different occasions. The book includes both portraits, studio photos and concert photos in black and white, as well as unique colour photographs. Sebastiaan Vos, a publicist and archivist who has been a fan since the very beginning, provides a brief biography of Bowie, as well as a thoroughly documented description of the photos. In addition, he shares a personal story about the personal role David Bowie has played (and still does) in his life.

In 2008 rock photographer Gijsbert Hanekroot published Abba…Zappa Seventies Rock Photography, a photo book designed by Sybren Kuiper, -SYB-. The book was well received and was awarded several prizes. Once again -SYB- has succeeded in designing a photo book of Hanekroot’s work that stands out because of its wonderful, almost cinematic design.

Gijsbert Hanekroot (1945) started his career as a professional photographer in 1969. He witnessed the booming rock scene in the seventies, which he captured on lens with numerous iconic images.

Sebastiaan Vos (1973), a publicist and archivist, has been a Bowie fan for as long as he can remember. Sybren Kuiper -SYB- (1961) has won numerous design awards for his photo books, which include the Best Verzorgde Boeken, the de Dutch Design Award and the Photography Now Award.

2 thoughts on “On May 7nd, “David Bowie The Seventies” will be published”