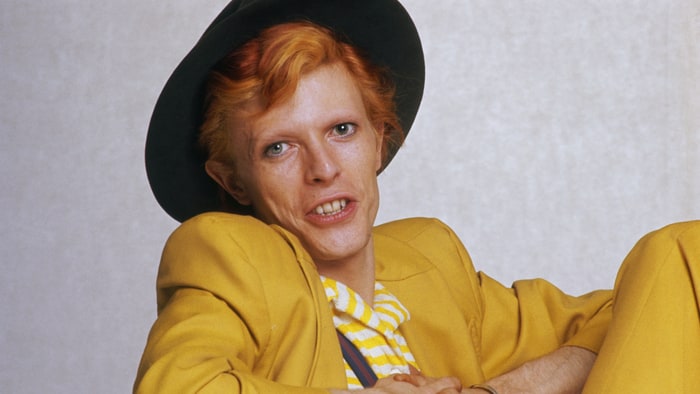 “Its meaning was attitude, an attitude of pride and hipness,” Bowie collaborator Tony Visconti says of album title

A new David Bowie box set is in the works. The follow-up to last year’s Five Years (1969-1973) box set, the forthcoming Who Can I Be Now? (1974-1976) will include Bowie’s complete unreleased album The Gouster. The album morphed and eventually became Young Americans.

The set is due out on Parlophone, but a release date and full track list has not yet been revealed. As Pitchfork points out, longtime Bowie collaborator and friend Tony Visconti wrote the liner notes for the upcoming set. An excerpt was unveiled via Bowie’s official Facebook page. “Gouster was a word unfamiliar to me, but David knew it as a type of dress code worn by African-American teens in the Sixties in Chicago,” Visconti explains in the excerpt. “But in the context of the album its meaning was attitude, an attitude of pride and hipness. Of all the songs we cut, we were enamored of the ones we chose for the album that portrayed this attitude.”

Visconti goes on to discuss his and Bowie’s love of soul and says that with The Gouster they “sure as hell wanted to make a killer soul album.” This led to a fresh take for “John, I’m Only Dancing (Again),” which was recorded in 1974 and was supposed to be the lead song on the album’s original track list. It was later released in 1979. Visconti describes the song as an “outrageous brand new, funkafied version of David’s classic.”

In addition to housing The Gouster and Visconti’s liner notes, Who Can I Be Now? (1974-1976) will also feature on the sleeve a previously unpublished picture from the original The Gouster album photo session.

See the original track list for The Gouster and read more from the liner notes excerpt below. 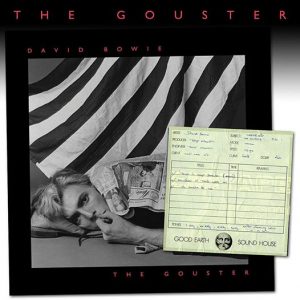 Here’s how The Gouster’s tracklisting looked before it morphed into Young Americans.

We’ll leave you with an excerpt from Tony Visconti‘s excellent notes on the album, taken from the box set book.

“Gouster was a word unfamiliar to me but David knew it as a type of dress code worn by African American teens in the ‘60’s, in Chicago. But in the context of the album its meaning was attitude, an attitude of pride and hipness. Of all the songs we cut we were enamored of the ones we chose for the album that portrayed this attitude.

David had a long infatuation with soul as did I. We were fans of the TV show Soul Train. We weren’t ‘young, gifted and black’ but we sure as hell wanted to make a killer soul album, which was quite insane, but pioneers like the Righteous Brothers were there before us.

So ‘The Gouster’ began with the outrageous brand new, funkafied version of David’s classic ‘John, I’m Only Dancing’, a single he wrote and recorded in 1972, only this time our version sounded like it was played live in a loft party in Harlem and he added (Again) to the title. It wasn’t the two and a half minute length of the original either.

We maxed out at virtually seven minutes! With the time limitations of vinyl (big volume drop with more than 18 minutes a side) we could only fit two other long songs on side one, ‘Somebody Up There Likes Me’ and ‘It’s Gonna Be Me’ both about six and a half minute songs. We had hit the twenty-minute mark. Technically that worked because ‘It’s Gonna Be Me’ had lots of quiet sections where the record groove could be safely made narrower and that would preserve the apparent loudness of side one.

Side two also hit the twenty-minute mark with ‘Can You Hear Me’ saving the day with its quiet passages. Forty minutes of glorious funk, that’s what it was and that’s how I thought it would be.”