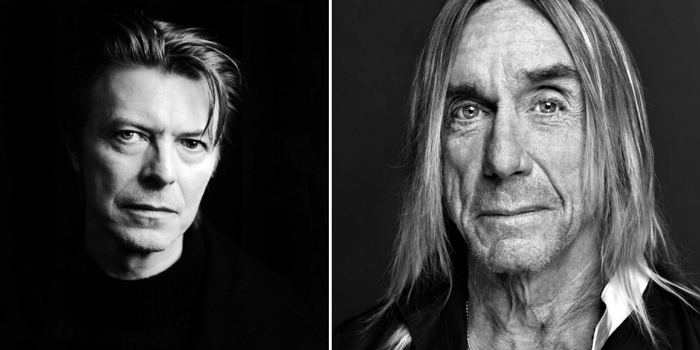 During the two-hour broadcast, Pop spun his favorite Bowie tracks, including “John, I’m Only Dancing”, “Station to Station”, “Dirty Boys”, “Under Pressure”, “Sound and Vision”, and “I Can’t Give Everything Away” off ★ (Blackstar) alongside more obscure tracks. He also discussed his feelings on some of the songs and shared stories about his interactions with the Thin White Duke. He talked about the time he went to visit Bowie during his performance on Saturday Night Live, and what it was like working with him at the Château d’Hérouville.

Take a listen to the entire show at BBC Radio 6, and find Pop’s Bowie playlist below.