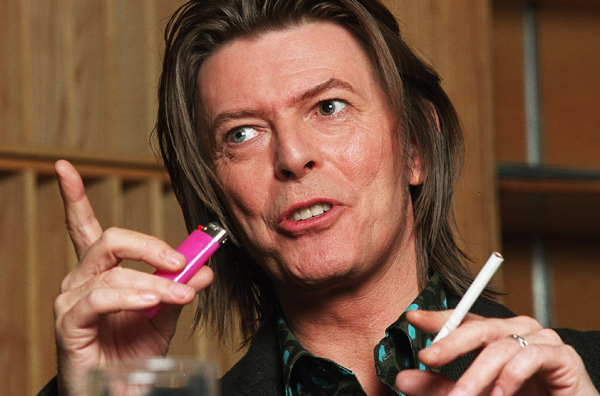 Born in Brixton in the winter of 1947, the young David Jones grew up first there and in Bromley. They were unremarkable origins for a boy who would be an anti-establishment symbol in his youth but a national icon by the time of his death.

From street-brawling working class kid to a wealthy international star who, as David Bowie, turned down a knighthood from the Queen, he articulated the experience of the baby boomer generation, pushing musical and social boundaries. Almost anyone could place a few Bowie lyrics, many could make an impassioned case for his inspirational impact on their formative years, but Bowie was a character, a quicksand performance. He was, as the Prime Minister said yesterday, a “master of reinvention” whose story mirrors that of David Jones’ life and times. 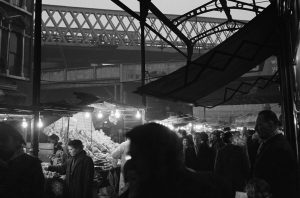 Brixton in the late forties was a poor, culturally diverse area, home to many of Britain’s growing Jamaican population. Bromley is famous for almost nothing except being the location of a Monty Python sketch about a café that sells only varieties of spam.

Jones, whose mother was a waitress and whose father was a charity worker, pushed back against the limitations of life in the London suburbs through artistic expression. David reinvented himself, taking a surname after the knife of an American 19<sup>th</sup>

Century adventurer, and releasing his debut album aged 20. One year earlier, John Cleese, Ronnie Barker and Ronnie Corbett had famously mocked Britain’s rigid post-war class system in their sketch on The Frost Report. Bowie’s generation, the baby boomers, pushed back against the traditional values of their parents, rebelling against the austere and socially conservative conditions that were a hangover of the second world war. Bowie himself, interviewed aged 21, admitted to The Times that his own relationship with his father was strained, as a consequence of the changes that Bowie would help to define: “his upbringing was so different that we can’t communicate. He and all his friends were in the army during the war – an experience I can’t imagine-and he takes naturally to iron discipline. Discussing religion embarrasses him, and to get emotional about something, well that’s only fit for the servants’ quarters, like mental illness.” 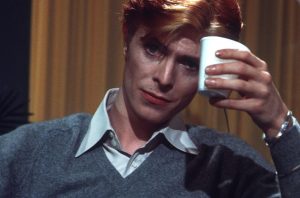 Over a career in the public gaze, Bowie gave hope and voice to generations stumbling through the sexual revolution. Bowie became a gay icon as Ziggy Stardust, coming out first as gay and then bisexual. Flirting with another man on Top Of The Pops in 1972 was a revolutionary act which broadened the horizons of young men and women, allowing them to believe in the possibilities of their sexualities. Having pushed boundaries, he told Rolling Stone in 1983 that he was a “closet heterosexual” and spent his final years married to supermodel Iman Abdulmajid, raising their daughter Alexandria. Whatever the reality of his preferences, the fluidity with which he treated gender and sexuality gave inspiration to the LBGTQ community, and helped to usher in modern understanding and appreciation for our pluralistic, non-binary world. “I was incredibly promiscuous, and I think we’ll leave it at that,” Bowie told Jonathan Ross, shrugging off questions of his sexuality, refusing to conform to the binary nature of the questions themselves.

Bowie’s career cannot be labelled as entirely on the side of the socially progressive times. Having given voice to that feeling of distance with the wartime Generation, by 1975 Bowie already seemed to be rebelling against the social liberalism and rejection of conformity that had seen him described as a “purveyor of high camp”. Considered by many to be the result of an unhealthy consumption of cocaine, he said to NME “You’ve got to have an extreme right front come up and sweep everything off its feet and tidy everything up.” In 1976 Bowie praised Hitler in the pages of

Playboy, saying “Rock stars are fascists, too. Adolf Hitler was one of the first rock stars.” This flirtation with fascism under the adopted guise of the Aryan Thin White Duke may have been the product of his use of cocaine, described by author Peter Doggett as “the fuel of the music industry in the seventies”, or an unwise form of publicity, but it forms part of the complex pattern in Bowie’s life of constantly challenging orthodoxy, even the orthodoxy of the socially liberal, sexually experimental generation to which he became a inspiration. 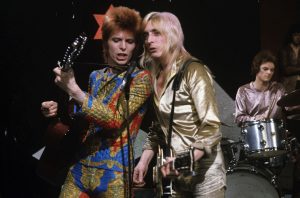 Overall, there can be little doubt Bowie supported the system of capitalist democracy that allowed him to amass a fortune of around £135 million. In June 1987, Bowie played in West Berlin and sang “Heroes” in a concert that was relayed by radio to East Germany, where East Germans came out to the wall to try and hear it live. Bowie was supporting the capitalist, freedom loving West. When he died the German Foreign Office thanked him for “helping to bring down the wall.” After the concert, the East Germans began to riot, demanding that the wall was torn down, and within two years it was gone. In an interview in 2003, Bowie said that he could hear the East German fans chanting: “It was one of the most emotional performances I’ve ever done. I was in tears. They’d backed up the stage to the wall itself so that the wall was acting as our backdrop. We kind of heard that a few of the East Berliners might actually get the chance to hear the thing, but we didn’t realize in what numbers they would. And there were thousands on the other side that had come close to the wall. So it was like a double concert where the wall was the division. And we would hear them cheering and singing along from the other side.

God, even now I get choked up. It was breaking my heart. I’d never done anything like that in my life, and I guess I never will again.

When we did “Heroes” it really felt anthemic, almost like a prayer.

However well we do it these days, it’s almost like walking through it compared to that night, because it meant so much more.”

Back in 2000, before Facebook or Twitter, before Wikileaks, the Arab Spring, drones, smart fridges or Netflix, people used AOL and mobile phones had black and white screens the size of postage stamps. David Bowie told a sceptical Jeremy Paxman he had enormous belief in the future of the internet: “I don’t think we’ve even seen the tip of the iceberg. I think the potential of what the internet is going to do society – both good and bad – is unimaginable. I think we’re actually on the cusp of something exhilarating and terrifying.” Bowie’s belief in the future, in a world of fewer boundaries and greater interconnectedness led him to joke that the internet was life from Mars, but it showed an optimism in people and in technology. Bowie could see past the here and now, he was, even in his later years, an optimist for the future. 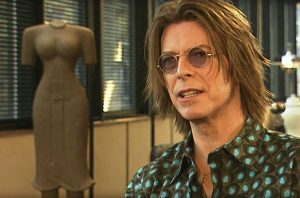 Bowie was a showman, a breaker of boundaries, sometimes a progressive, and always a businessman. He created beautiful, ambiguous music into which the listener could pour meaning. This is how David Jones came to mean so much to us: he created a set of characters, a collection of faces for the many dimensions of the age in which he lived. He rejected honours from the Queen, but in an time when many celebrities champion causes, he managed to spend a life in the limelight largely keeping his political views ambiguous and unknown. Perhaps it would have been too conventional to merely have supported a political party. David Jones’ story is one of the fantastic post-war opportunities of the Baby Boomer generation, of the sexual liberalisation of Britain, the breaking down of class boundaries and etiquette, the mainstream use of illegal drugs, and a rebellion against the emotionless, disciplined world of his father’s generation. Creatively, he gave his audience a richer, broader world. Beyond that, he advocated in his own way for social, commercial, and sexual freedom, seeing possibilities and bringing them to life. Bowie’s life was the story of post-war Britain, emerging from the grey, limited world of their forefathers, painting in colour on an ever-increasing canvas.

1 thought on “How David Bowie created the Britain of today”