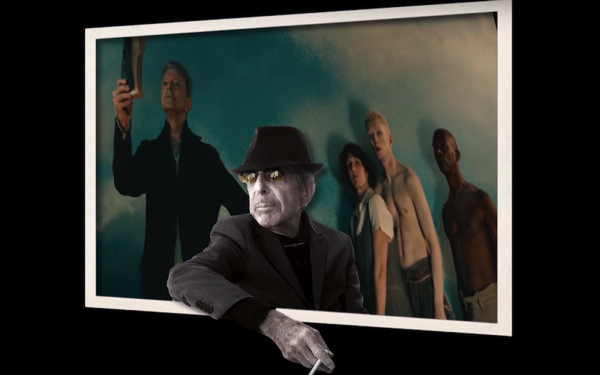 2016 was a cruel year that claimed the lives of Leonard Cohen and David Bowie, two musicians of iconic stature. Both men knew they were dying and each chose to record a final album to express the experience.
YouTuber Polyphonic analyzed how each man faced this challenge. Cohen took a more religious route, both cursing and praising a higher being in the title track “You Want It Darker” with the Hebrew phrase “Hineni” (Here I Am). Bowie reinvented himself one last time as “Blackstar“, while a bejeweled skeleton in a space suit became a god to a new society

Bowie and Cohen released albums within a month of their own death. By looking at the title tracks of ‘Blackstar’ and ‘You Want It Darker’ we may be able to come to a better understanding of our own relationship with mortality.