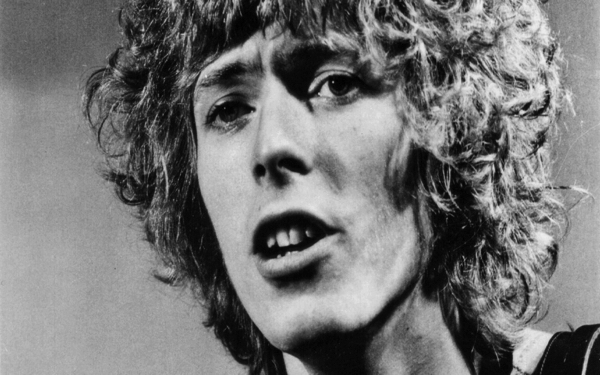 Earlier this year, the GRAMMY Hall Of Fame officially announced its 2018 class of inductees. The list includes classic recordings such as Public Enemy’s “Fight The Power,” Whitney Houston’s “I Will Always Love You,” and the Rolling Stones‘ “Paint It Black,”  among others.

Originally released in 1969, right around the time of the momentous Apollo 11 moon landing, the song captured the sentiment of our global fascination with humanity’s strange journey to reach the stars. Paired with a profound arrangement of orchestral backing tracks and touches of classic ’60s British whimsy, the song also cemented the beginnings of what would become Bowie’s trademark “far out” persona and career-spanning incorporation of cosmic motifs.

In celebration of the song’s induction into the GRAMMY Hall Of Fame, let’s dive a bit deeper into the history of “Space Oddity.” So take your protein pills and put your helmet on, because here are seven intriguing facts about Bowie’s spacey, psychedelic first big single.

In the two years following the lukewarm reception for his 1967 self-titled debut, Bowie had grown wiser and weirder (in the best way possible) as a songwriter, but still found trouble landing a producer to work on his new batch of songs. Beatles collaborator George Martinturned down working on “Space Oddity” out of hand; meanwhile, Tony Visconti, who would later become a lifelong production partner for Bowie, claimed the song was “a cheap shot” at the impending Apollo 11 mission. Though Visconti did end up contributing some arrangement work to the song, he delegated the project to eventual Elton John collaborator Gus Dudgeon.

2. BBC Delayed Its Release Due To Astronaut Safety Concerns

“Space Oddity” was released on July 11, 1969, just five days before the launch of the Apollo 11 moon mission. Unfortunately, due to concerns over the song’s less-than-optimistic lyrics regarding the fate of Major Tom, the BBC actually refused to broadcast the song on-air until the Apollo 11 astronauts had safely returned from their mission. Because of this delay, the song was essentially kneecapped at its outset and had trouble building momentum on the charts. Nevertheless, by September 1969, the song was able to gain traction on the U.K. singles chart — becoming Bowie’s first single to do so — eventually climbing to No. 5.

While “Space Oddity” eventually charted well in the U.K., it initially hit a brick wall in the U.S., failing to climb crack the top 100 following its 1969 release. Oddly enough, despite Bowie’s debut album having been released as a self-titled LP, Philips Records (Bowie’s label at the time) released his second album in November 1969 also under the title David Bowie. When the album was finally re-released internationally by RCA in 1972, it was renamed Space Oddity to reflect the success of the single. It was with this release that “Space Oddity” hit the mark in the U.S., where it climbed all the way to No. 15 on the Billboard Hot 100 and became Bowie’s first stateside hit.

4. A Stellar Lineup Of Collaborators

As is often the case with anything touched by Bowie, the team of creatives assembled to help launch the rocket that “Space Oddity” was truly cosmic. Playing the distinctive mellotron sections on the track was a then-little known session player named Rick Wakeman, who would eventually find worldwide success with the progressive rock outfit Yes. In charge of the fantastic string arrangements that signal the blastoff of Major Tom’s interstellar tin can was the late Paul Buckmaster, a classically-trained arranger and composer who went on to contribute GRAMMY-winning arrangement work to recordings by Elton John, the Rolling Stones, Stevie Nicks, and countless other members of classic rock royalty. Also onboard was the multitalented Visconti, who helped arrange the track’s flute and woodwind sections, despite his misgivings about signing on as overall producer.

5. The Continuing Adventures Of Major Tom

The song’s protagonist stands tall among the cast of unforgettable character that Bowie brought to life in his songs across his prolific career. And while “Space Oddity” envisions Major Tom’s journey as a pseudo hippy-inspired tale of escape from the material shackles of living on the ground, Bowie’s later references to the character in 1980’s “Ashes To Ashes” and 1995’s “Hallo Spaceboy” reframe the narrative in a darker light. To cement this connection, Bowie also reused some notable set pieces from the “Space Oddity” music video as backdrops for “Ashes To Ashes.”

Bowie’s relationship with “Space Oddity” took turns of its own across the nearly 50 years of his career that would pass between its recording and release in 1969 and the singer’s untimely death in 2016. Despite the song’s popularity with Bowie’s fans, he rarely if ever played it live after the mid-1970s. During his 2004 A Reality Tour, however, he would often tease audiences by strumming the first few chords of the song, before breaking off to ask the crowd with a wry smile. “You remember this one …but we’re not playing that one,” said Bowie. Clocking in at 112 show dates, Bowie’s A Reality Tour was the longest tour run of his entire career, and though he teased the song often, not once during the tour did he ever play it in its entirety.

7. The First Music Video In Space

In 2013, while stationed aboard the International Space Station, Canadian astronaut Chris Hadfield posted a video of himself performing “Space Oddity” aboard the ISS in orbit around Earth. The video has the distinction of being the first music video ever to be shot and performed in outer space. Upon Hadfield’s return to Earth, he revealed to the U.K.’s Telegraphthat Bowie exchanged messages of praise with him for making the film (though the two were never able to meet face to face). “For [Bowie] to have [seen] it performed in a place he’d always dreamed of, and in a way that was sensitive to the ideas of the song, gave him great joy,” Hadfield explained. “[He] loved the song and that was the best reaction for me.”