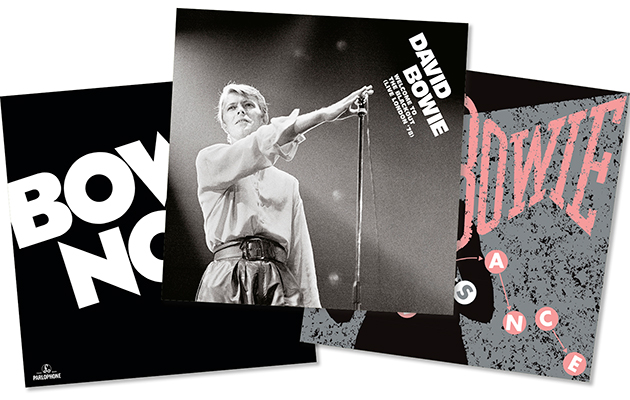 Welcome To The Blackout (Live London ’78) is a 3xLP live set from Bowie‘s Isolar II tour, recorded at Earls Court, London on June 30 and July 1 1978 by Tony Visconti. It was mixed by Bowie and David Richards at Mountain Studios, Montreux, in January 1979 but never officially released.

“Let’s Dance (Full-Length Demo)” is a 45rpm 12″ featuring the full version of the “Let’s Dance” demo that was digitally released earlier this year. It’s backed with a live version of the song recorded in Vancouver on September 12 1983 that was only previously released on a rare Australian single.

Bowie Now is the first commercial release of a rare 1977 US-only promotional album featuring tracks from Low and “Heroes” (remastered here by Tony Visconti). It comes on white vinyl and features a newly designed inner sleeve with rarely seen black and white images taken in Berlin during 1977.

The full tracklisting for the releases is as follows: