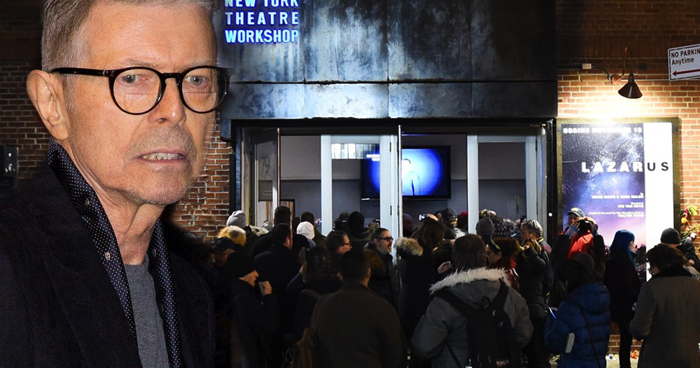 David Bowie’s final three unreleased songs will appear on the Lazarus cast album when it arrives later this week, and two of those tracks — “When I Met You” and “No Plan” — debuted on BBC Radio 6 Tuesday morning.

The third, “Killing a Little Time” is now on Youtube.

Lazarus is Bowie’s Off-Broadway musical and one of the last written works the singer completed before his death in January. He made his final public appearance at the show’s New York premiere Dec. 7.

“He seemed truly at peace and was excited by what he was experiencing,” New York Theatre Workshop artistic director James Nicola previously told EW. “He floated into the lobby, really happy.”

The album will be available for purchase on Oct. 21 via ISO/RCA and will feature all three songs as well as cast versions of classic Bowie songs.