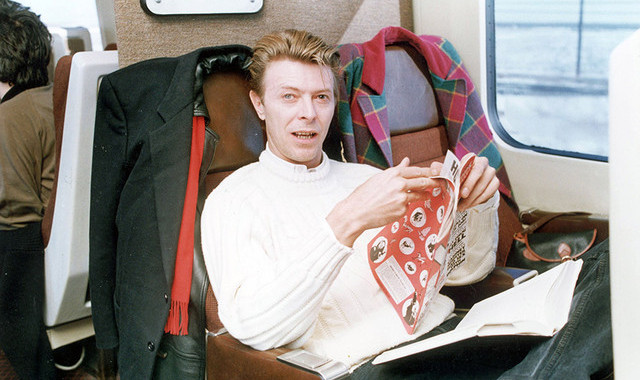 David Bowie’s wife Iman has posted a picture of her late husband with their daughter to mark Father’s Day.

Lexi, the couple’s only child, was born in August 2000. Bowie also has an adult son, film director Duncan Jones (Source Code, Warcraft), from his previous marriage to Angie Bowie.

Bowie passed away on January 10 of this year following a battle with liver cancer. He was 69 years old. Two days before his death, he released acclaimed final album ‘Blackstar’

Glastonbury is honouring the late rock icon at this year’s festival by commissioning the counter-culture sculptor Joe Rush to build a giant Ziggy Stardust lightning bolt across the top of the Pyramid stage. It will be flanked by a giant set of silver wings and emblazoned, in the middle, with an open grey eye.

“It felt important to capture Bowie’s very particular eye, which was such a part of his look”, Rush explained recently. “But I also really liked the idea of Bowie looking out and watching over the whole festival. And if we are going to have an eye in the pyramid, it should be Bowie’s eye.”