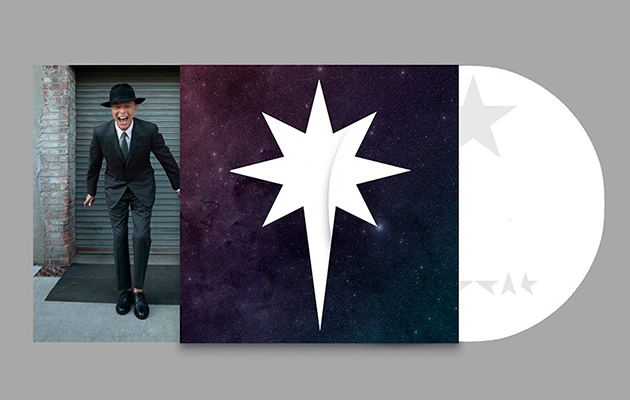 David Bowie‘s No Plan EP is to be released on CD and special vinyl formats.

The four-track EP was previously a digital-only release, but will now be available physically, including a limited edition made-to-order numbered die-cut package with 12” white vinyl and an exclusive artwork lithograph that will be available to pre-order for a limited time only.

The EP features Bowie’s final studio recordings, made during the sessions for his 28th and final album, ★.

All vinyl configurations of the No Plan EP feature a special laser etching on side B. The No Plan EP artwork has been designed by longtime Bowie collaborator Jonathan Barnbrook.

The No Plan EP will be available on CD from February 24 and 12″ vinyl from April 21.

A limited edition made-to-order die-cut 12″ vinyl will be out on May 26. You can find out more by clicking here.

All formats include the following tracks:

A video for the song “No Plan” was released January 8 to commemorate what would have been Bowie’s 70th birthday.

Blackstar, which topped the album charts in over 20 countries including the U.S., is up for five awards at this year’s Grammys: Best Rock Performance, Best Rock Song, Best Alternative Music Album, Best Recording Package, and Best Engineered Album, Non-Classical.