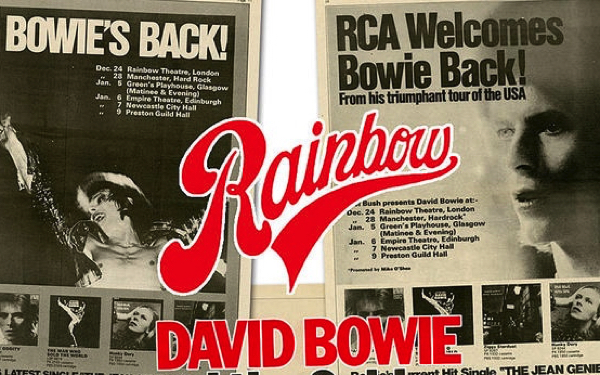 This video contains rare footage of David Bowie performing ‘Lady Stardust’ at the Rainbow Theatre, London in 1972, as well as clips from other 1972 performances and some backstage footage from 1973.
,I initially created this edit in June of last year, putting it together from clips derived from various sources. I held off uploading it back then because I was always hopeful that some better quality footage would turn up to replace some of the rougher quality clips I was using. The excellent documentary ‘The Last Five Years’ included significant upgrades to some of the clips – so at last I feel I can upload my edit (after a very late night of reworking it). The footage is synched to a 1972 radio session version of the song.

It feels appropriate to finally upload it on what would have been Bowie’s 70th birthday.