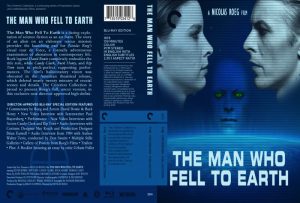 Thomas Jerome Newton is a humanoid alien who comes to Earth from a distant planet on a mission to take water back to his home planet, which is experiencing a catastrophic drought.
(5/5)

Newton uses the advanced technology of his home planet to patent (nine basic patents) many inventions on Earth, and acquires incredible wealth as the head of a technology-based conglomerate, World Enterprises Corporation, aided by leading patent attorney Oliver Farnsworth. His wealth is needed to construct his own space vehicle with the intention of shipping water back to his planet. While revisiting New Mexico, he meets Mary-Lou, a lonely, unloved, and simple girl who works as a maid, bell-hop, and elevator operator in a small hotel; he tells her he is English. Mary-Lou introduces Newton to many customs of Earth, including church-going, alcohol, and sex. She and Newton live together, eventually in a house Newton has had built near where he initially landed in New Mexico.

Meanwhile, Dr. Nathan Bryce, a former womaniser and college professor, has landed a job as a fuel technician with World Enterprises and slowly becomes Newton’s confidant. Bryce senses Newton’s alienness and arranges a meeting with Newton at his home where he has hidden a special X-ray camera. When he steals a picture of Newton with the camera, it reveals Newton’s alien physiology. Newton’s appetite for alcohol and television (he watches multiple televisions at once) becomes crippling and he and Mary-Lou fight. Realizing that Bryce has learnt his secret, Newton reveals his alien form to Mary-Lou, and her resulting reaction is one of pure shock and horror. He leaves her.

Newton completes the spaceship and attempts to take it on its maiden voyage amid intense press exposure. However, just before his scheduled take-off, he is seized and detained, apparently by the government and a rival company; his business partner, Farnsworth, is murdered. The government, which has apparently been told by Bryce that Newton is an alien, holds him captive in a locked luxury apartment, constructed deep within a hotel. During his stay, they keep him sedated with alcohol (to which he has become addicted) and continuously subject him to rigorous medical tests – notably one involving X-rays which causes the contact lenses he wears as part of his human disguise to permanently affix themselves to his eyes.

Toward the end of his years of captivity, he is visited again by Mary-Lou, who is now much older and whose looks have been ravaged by alcohol and time. They have violent, un-emotional sex and occupy their time drinking and playing table tennis, and then finally each declares that they no longer love the other. She leaves him. Eventually Newton discovers that his “prison,” now derelict, is unlocked, and he escapes.

Throughout the film are brief sequences of his wife and children back on his home planet, slowly dying, and by the end of the film they are dead and Newton is stuck on Earth, broken, alcoholic, and alone. He creates a recording with alien messages, which he hopes will be broadcast via radio to his home planet. Bryce, who has since married Mary-Lou, buys a copy of the album and meets Newton at an outside restaurant in town. Newton is still rich and young looking despite the passage of many years. However, Newton has also fallen into depression and alcoholism and the film ends with an inebriated Newton passing out in his cafe chair.

There is a suggestion within the film that Newton exists in multiple time frames, and is also psychic. In a scene where Newton drives past a field, he sees people who lived there in the distant past, and they also see him in his car driving past the field. Also in various scenes of the film it is suggested that Newton can experience what Bryce is experiencing and feeling. 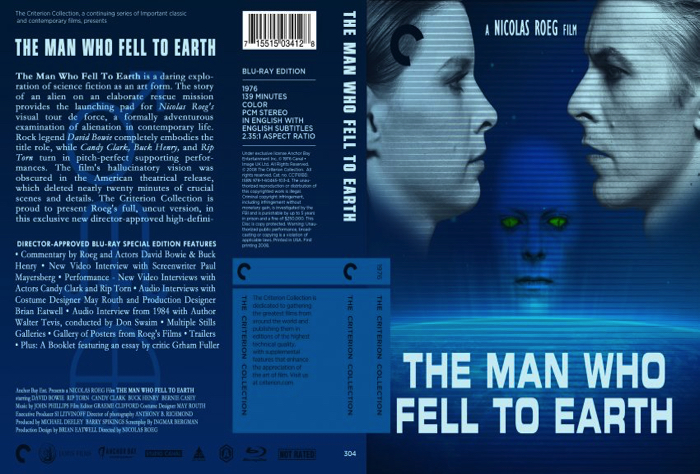