Autographed sheet music for “Blue Jean” put up for auction

An autographed piece of the sheet music for David Bowie‘s “Blue Jean”, signed by the late legend himself, is going under the hammer for charity.

This rare item is being auctioned as part of The Music Circle‘s celebrity jumble sale Rumble In The Jumble, will all proceeds being donated to Oxfam’s “efforts to establish greater gender equality in Myanmar”.

The auction begins tonight at 10pm BST, and it will end on 29 April.

View the lot now via eSolidar.

Rumble In The Jumble 2016 takes place 14 May at East London’s Oval Space. Best Fit will be involved with the event for the third year in a row, running the vinyl and music merch stall.

Watch Bowie’s “Blue Jean” video below, and check out a pic of the signed sheet music after. 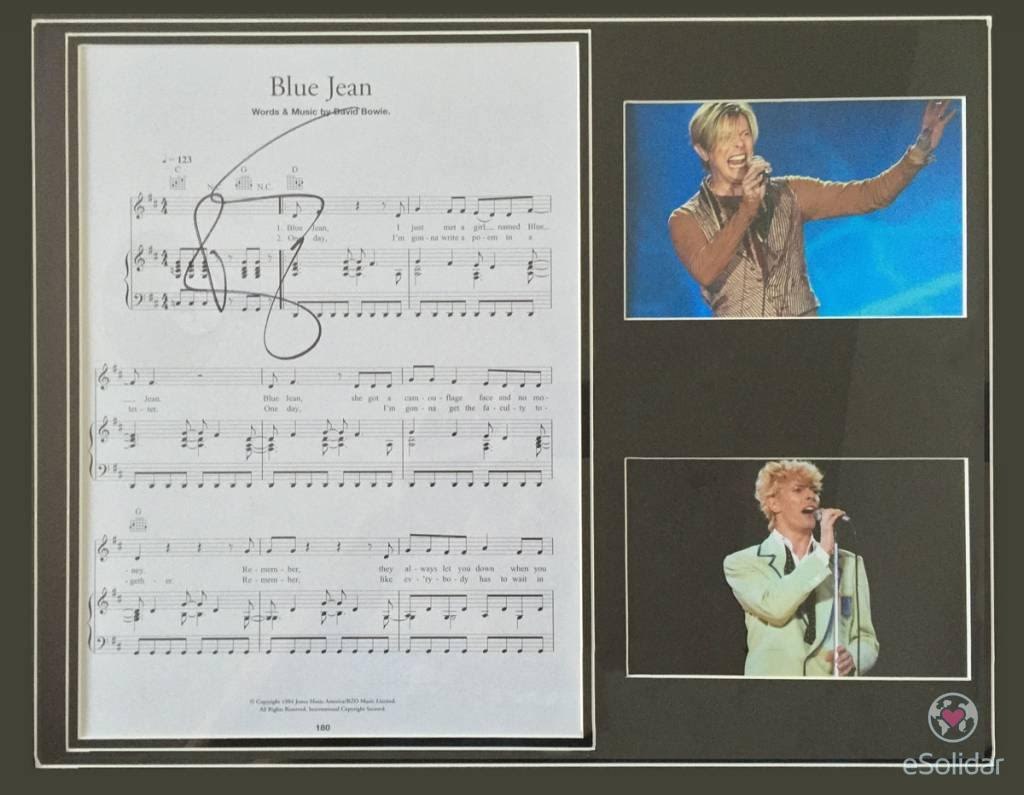 Dalí, Duchamp and Dr Caligari: the surrealism that inspired Bowie