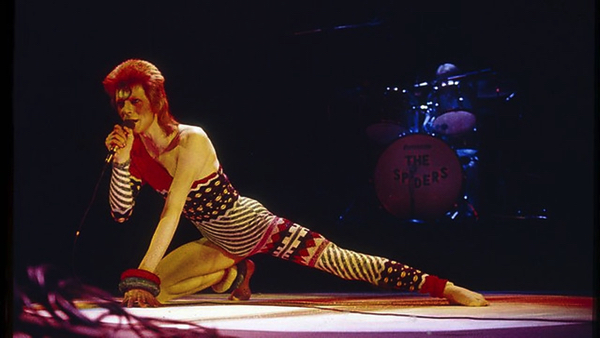 Ziggy Stardust and the Spiders from Mars- The Motion Picture from michele on Vimeo.

1973 documentary and concert film by D. A. Pennebaker. It features David Bowie and his backing group The Spiders from Mars performing at the Hammersmith Odeon in London on 3 July 1973. At the close of this show, Bowie made the surprise announcement that “this show would be the last show we’ll ever do”, later understood to mean that he was retiring the Ziggy Stardust persona. David Bowie died January 10, 2016.
The Spiders were: Mick Ronson (guitar), Trevor Bolder (bass) and Mick Woodmansey (drums). All except Woody are now gone.