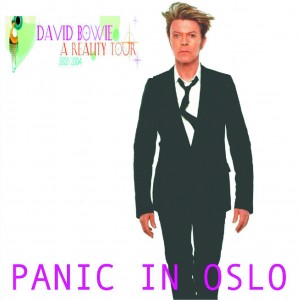 Halfway through his third song at a Norwegian music festival in Oslo, an object came flying out of the crowd and hit David Bowie in the eye.

It was a lollipop, probably sent as a message of adoration since Norwegians call the hard candy “love on a stick.”

Bowie wasn’t seriously injured and within moments, he was facing the crowd of 7,500. Swearing at the unknown culprit, Bowie said he had only one good eye. The other had been damaged in a childhood fight.

“Lucky you hit the bad one,” Bowie said, demanding to know who threw the lollipop. No one at the weekend event came forward.

Bowie grumbled about the person or persons responsible hiding in the crowd. Then, regaining his composure and sense of humor, the 57-year-old singer said he was going to punish the audience by making the concert extra-long.

Later, Bowie continued to joke about the incident. He threw one of his guitar picks into the crowd, then asked if he’d hit someone in the eye.