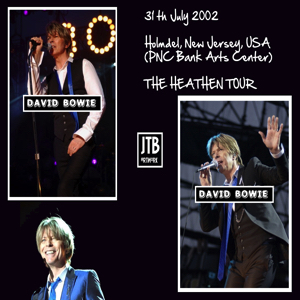 ‘Slip Away,’ David Bowie’s Uncle Floyd tribute
A lot of strange characters have populated David Bowie’s songs over the years. But it was still a shock, in 2002, when Bowie released a song about New Jersey’s leading neo-vaudeville comedian/honky tonk piano player, “Uncle” Floyd Vivino.
The song was “Slip Away,” from Bowie’s “Heathen” album — a dreamy little number in which Bowie sings about Oogie and Bones Boy (puppet characters on Vivino’s long-running low-budget TV show, “The Uncle Floyd Show”) and croons, in the chorus: “Sailing over Coney Island/Twinkle, twinkle, Uncle Floyd/We were dumb but you were fun, boy/How I wonder where you are.”
How did Bowie end up writing about Floyd? Well, Bowie spent a lot of time in New York in the late ’70s and early ’80s, when Vivino’s show was most popular. Vivino (who is now 63 and still performs frequently in the Garden Stage) told me, in a 2002 interview for The Star-Ledger, that Bowie once told him John Lennon had introduced him to the show. 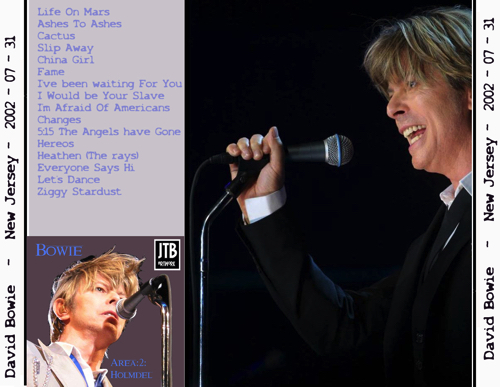 Here’s Bowie’s explanation, as posted on his web site, davidbowie.com, in 2002:
“Back in the late ’70s, everyone that I knew would rush home at a certain point in the afternoon to catch the Uncle Floyd show. He was on UHF Ch. 68 and the show looked like it was done out of his living room in New Jersey. All his pals were involved and it was a hoot. It had that Soupy Sales kind of appeal and though ostensibly aimed at kids, I knew so many people of my age who just wouldn’t miss it. We would be on the floor it was so funny. Two of the regulars on the show were Oogie and Bones Boy, ridiculous puppets made out of ping-pong balls or somesuch … I just loved that show.”
Below is footage of Bowie performing the song at the Tommy Hilfiger at Jones Beach Theatre in Wantagh, N.Y., in 2004, with some help from members of the group, the Polyphonic Spree.
Be sure to check out Bowie’s comments about Floyd in the clip, and the classic Floyd footage he incorporates into his stage show.
New Jersey is celebrating its 350th birthday this year. And in the 350 Jersey Songs series, we are marking the occasion by posting 350 songs — one a day, for almost a year — that have something to do with the state, its musical history, or both.