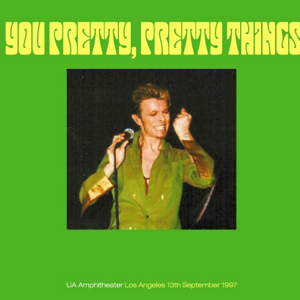 This is one of the really hot performances of the tour and ijwthstd was there with his Coresound Binaurals to get it all.
The levels are hot and during some of the songs this results in really heavy bass response, so careful with your cheap speakers.
Haven’t adjusted the volume in any way, so this is how it went down, or at least how the mics caught it.

In the EXTRAS folder you can find disc-end tracks labeled “as end” & “as beginning” that you can tack onto the discs if you like fades.
The tracks are seamless without those extra tracks, which are just intended for disc-burning.

Not much else needs to be said about this show. One of the best of David’s long career.

Band Intro > “With a face only a mother fucker could love ,on guitar Reeves Gabrels”