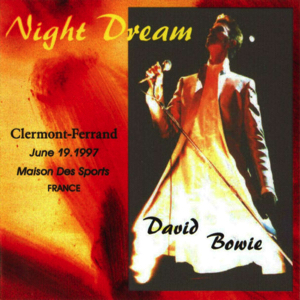 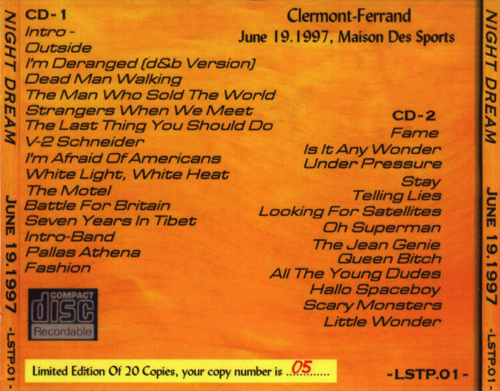 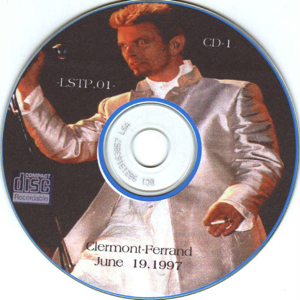 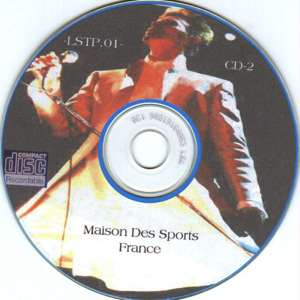 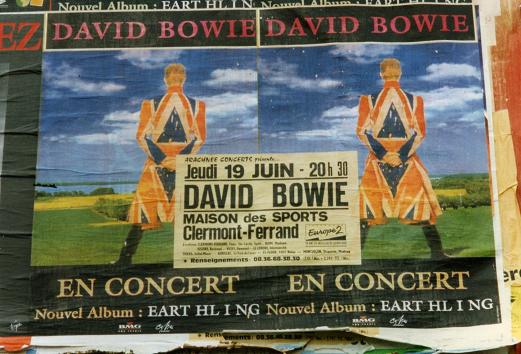 13:15 =>
Arriving in Clermont-Ferrand. Only 3,4 persons are already waiting there, just in front of the West entry of the « Maison Des Sports »…

18:00 =>
I left for a moment the queue to join a friend at the station, Alain Coster. Back to the queue, we join another friend of mine, Stephanie, a fan from Grenoble, who’ve done the trip by car with me…

18:30 =>
The french fan-club president by that time, Wally is attending the show too, together with the « Inconditionnals » (« Les Inconditionnels de David Bowie » is the fan-club’s name). We soon understand they’ve got lots of informations about Bowie’s plans after the show, and we understand too they won’t share them with us !

19:00 =>
Opening of the doors. The entry is calm in the all three files. The chief of the security is a bit excited but the search for forbidden objects into the hall like cameras isn’t too exhaustive.
The hall isn’t very large, because apparently this is not a sold out concert, and the seats have been moved quite near to the stage. Together with my friends we stand now just at the foot of the stage, in the right side, resigned for what is going to be a long wait now…

21:05 =>
Some whistles are now filling the hall : the crowd seem to lose its patience, burt here’s Bowie who enters the stage : he begins the show with « Outside », not « Quicksand » as some said he would regarding some other shows before…