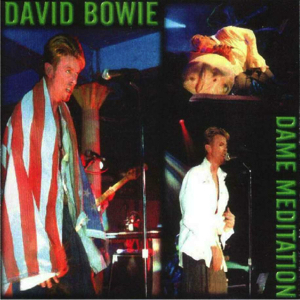 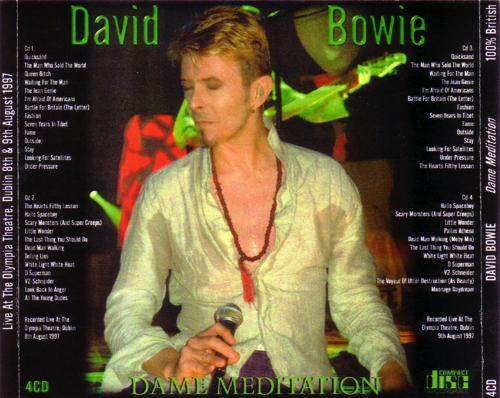 REVIEW: Kevin Courtne
Like Major Tom in the song, David Bowie has been lost in his own space for the past few years, but with his new album, Earthling, the Thin White Duke is trying to make his way back to solid ground, using drum ‘n’ bass as his landing vehicle. He’s got a lot to prove, and at the Olympia last night he made a very compulsive case for the rehabilitation of Ziggy Stardust.
Bowie chose his own song, Changes, as the intro music, and he reacquainted the audience with the old Bowie by taking out an acoustic guitar and doing a straight-strumming version of Quicksand.
Bowie wore sandals and white shirt, looking as he did on the Let’s Dance video, but sounding much less anodyne. The stage was backed by a cloth screen on which video images were projected in triplicate – a kind of miniature, avant-garde version of the PopMart screen.
“Have you got a few minutes?” asked Bowie with a mischievous grin, watched by his wife, Iman, who was sitting in one of the boxes. “I’d like to spend some time with you.” A drum ‘n’ bass version of The Man Who Sold The World signalled the start of a 2½ hour set, and Queen Bitch reassured everybody that Bowie wasn’t going to ignore his back catalogue.
The Jean Genie started out as a slow blues refrain, while I ‘m Waiting For My Man was a Velvet Underground goldmine. Having sweetened the audience with a little gold-dust, Bowie and band launched into two of Earthling’s better tunes, I’m Afraid Of Americans and Battle For Britain (The Letter), and the big surprise was how good these new songs sounded live.
Fans of the old stuff might have left by [THE ENCORE], but the rest of us were rewarded with an incendiary encore, topped off by a drum ‘n’ bass take on Laurie Anderson’s O Superman, with vocals by Dorsey.
Bowie whipped out the sax for an equally radical V-2 Schneider, and then alleviated the shock of the new with a raucous finale of All The Young Dudes. Bowie at 50 – still carrying the news.