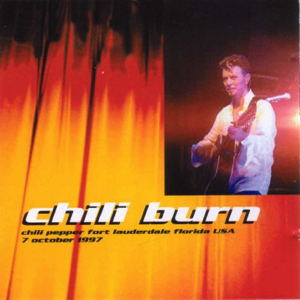 A good concert:
Introducing Always Craching in the same car: “My Buick ran out of gas …. a car song.” 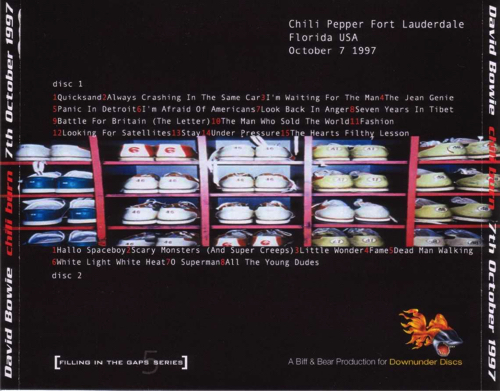 Notes:
The track lengths of this unnamed Bofinken matches the Chili Burn trade CDR.
The running order on Bofinkens version was incorrect with Hallo Spaceboy as the last track.
Tracks 1-15, 2-01 and 2-02 are retracked to correct the misplaced Hallo Spaceboy.
The concert was running too fast. Speed corrected to 94.5%..