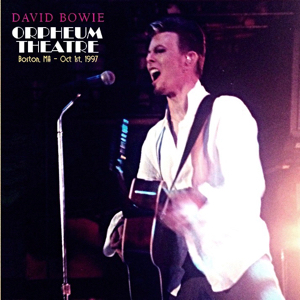 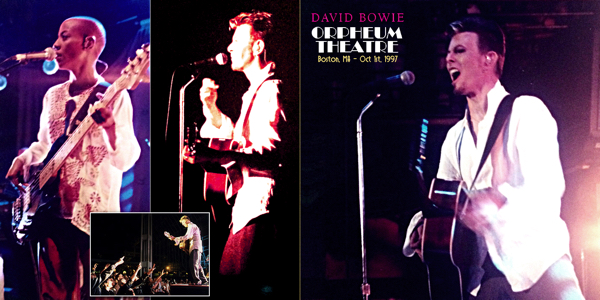 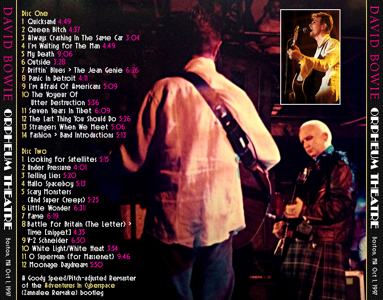 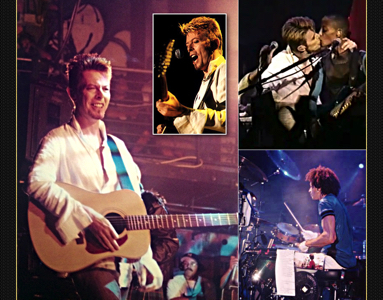 Hello internet people and welcome to our evening of songs, comedy and topical references proclaims Bowie at the start of the show, and what a night they were all in for, and thankfully this bootleg reflected the gig with its amazing audio quality and depth. The show was broadcast over the internet, so it was almost an invitation to make a bootleg out of it and luckily the powers that be made no mistake. This boot surfaced in a digipack courtesy of the Japanese Dancing Horse label and it’s easily one of the best bootlegs doing the rounds. Not only does it have amazing audio quality, it is a lengthy two disk set with a well balanced set list covering Bowies’ entire career.