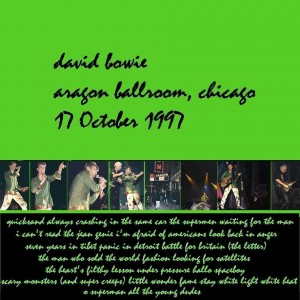 Show #73 > The twenty-seventh show of the North American Leg of the Earthling Tour. The penultimate show in the USA

A pretty good tape here. Lots of nearby screamers but that was what went down.
Testament to the Sound System if this was the sound in the balcony.
Note that the venue usually allows small cameras, but this was probably revoked for Bowie’s performance. 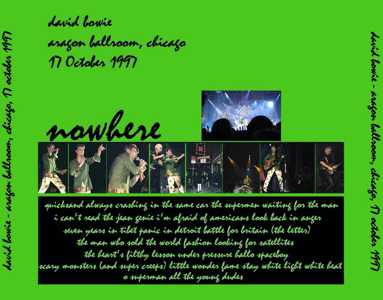