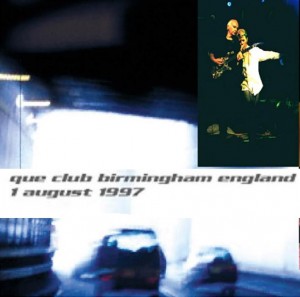 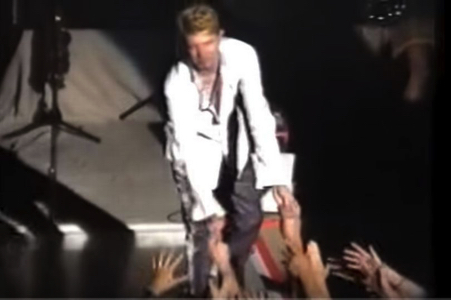 Touching hands: David Bowie at the Que Club in Birmingham on August 1, 1997

The internet was in its infancy back in 1997 – but David Bowie was already fascinated by its potential.

On Friday, August 1 that year he played at the Que Club in Corporation Street as part of his Earthling tour.

Tickets were just £15 for the gig, promoted by Nathan Adler.

The former church at Birmingham Central Hall wasn’t an obvious venue for a superstar to be seen in, given the world tours and stadium-sized gigs Bowie could always play in the golden years prior to his death from cancer on January 10.

But here was a man who cut his teeth during the 1960s in venues like the Cedar Club on Constitution hill, where people like Jimi Hendrix would go to chill out – perhaps en route to playing the New Street Odeon.

“What internet news have we got tonight?” Bowie asked fans whose hands were reaching out to touch their hero.

How the world was to change following the death of Princess Diana just four weeks later in Paris.

Bowie’s interest in the new medium at the Que club was an early insight into his visionary thinking, which really came to fore with a pre-9/11 interview he gave about the internet to Jeremy Paxman in 2000.

“I don’t think we’ve even seen the tip of the iceberg,” Bowie told Paxman.

“I think the potential of what the internet is going to do to society, both good and bad, is unimaginable.

“I think we are on the cusp of something exhilarating and terrifying… something so different to anything we can really envisage at the moment.” 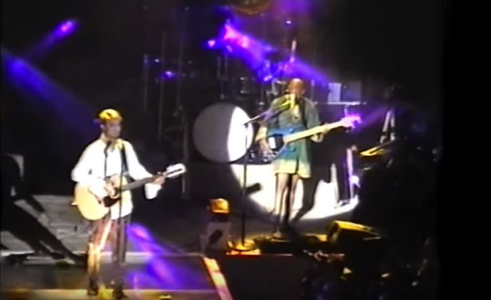 David Bowie playing the Que Club in Birmingham on August 1, 1997

Back on stage at the Que Club, Bowie and his formative internet philosophies were heading towards the end of his ‘electronic period’ (1992-98), post Tin Machine.

Curiously, some of The Thin White Duke’s other topics of conversation that night were deliciously old school.

“Ah, you lovely people,” Bowie said to fans before stroking his locks on the Que Club stage.

The Central Hall venue once housed one of Europe’s largest Methodist Churches until congregation numbers fell in the late 1980s. 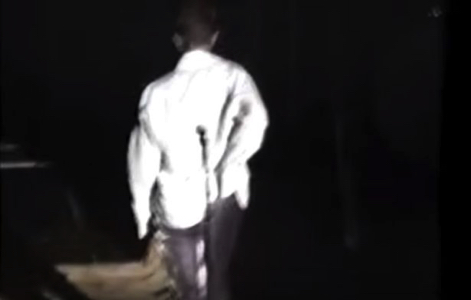 Ghostly: David Bowie with his back to the Que Club audience

Dressed in grey trousers and a white shirt with the sleeves unbuttoned, it was now the turn of The Man Who Fell to Earth to pull in in the crowds, just as he had done with four gigs in two days at Birmingham Town Hall in June, 1973.

One member of the packed rock audience watching Bowie at the Que club was Birmingham Mail journalist Adrian Caffery, who later reviewed David Bowie’s final Birmingham gig at the NEC in 2003.

“I still get goosepimples thinking how good it was,” he says.

‘’I turned up at the Que Club without a ticket.

“It was a sell out and I’d not much cash on me.

“But the ticket touts were having a bad night.

“Bowie’s recent experimental album Outside and Earthling albums seemed to have put off his fair-weather fans, and just before curtain up, the touts had slashed their prices.

“I got in and found a spot on a podium to the side of the stage, about 30ft from Bowie.

“It turned out to be one of the best nights of my life. I, for one, was delighted the set was almost all new material because I rate those albums as being among his best.”

The setlist that night featured Quicksand, The Man Who Sold The World, The Jean Genie, Outside, I’m Afraid of Americans, Battle for Britain (The Letter), Fashion, Seven Years in Tibet, Fame, Stay, Looking for Satellites, Under Pressure, The Hearts Filthy Lesson, Scary Monsters (And Super Creeps), Hello Spaceboy and Little Wonder. 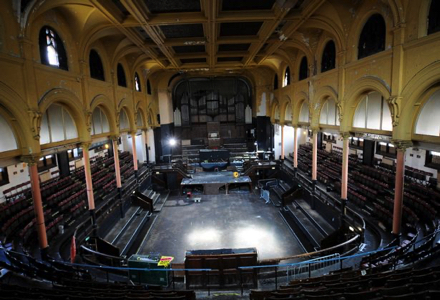 The Hearts Filthy Lesson (deliberately missing its apostrophe) was Bowie’s take on the finite nature of life.