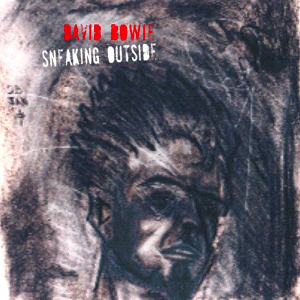 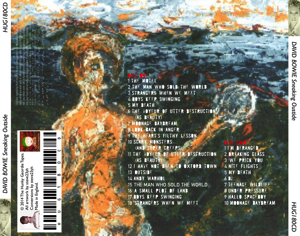 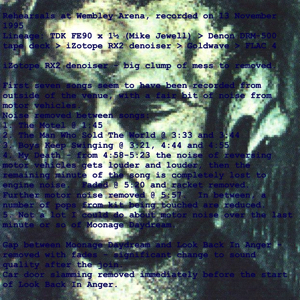 First seven songs seem to have been recorded from outside of the venue, with a fair bit of noise from motor vehicles.
Noise removed between songs:
1. The Motel @ 1:45
2. The Man Who Sold The World @ 3:33 and 3:44
3. Boys Keep Swinging @ 3:21, 4:44 and 4:55
4. My Death – from 4:58-5:23 the noise of reversing motor vehicles gets louder and louder, then the remaining minute of the song is completely lost to engine noise. Faded @ 5:20 and racket removed.
Further motor noise removed @ 5:57. In between, a number of pops from kit being touched are reduced.
5. Not a lot I could do about motor noise over the last minute or so of Moonage Daydream.

Tape flip between Look Back In Anger and The Hearth’s Filthy Lesson – seamless.
Edit between The Man Who Sold The World and A Small Plot Of Land is on the source tape.
Gap between Strangers When We Meet and I’m Deranged used for disc split.

Start of disc two seems to be outside again.
Substantial chat with passer-by removed from I’m Deranged @ 4:43.
Tape flip between Breaking Glass and We Prick You – seamless.
Conversation with passer-by that completely obliterates the music (38 seconds) at 45 seconds. Simply removed.
5Ω seconds of silence between We Prick You and Nite Flights removed.
8Ω seconds of silence between Nite Flights and My Death removed.

Motor vehicle noise removed from after My Death @ 6:21.
7Ω seconds of silence between Hallo Spaceboy and Moonage Daydream removed.