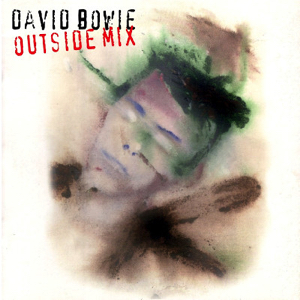 “To live outside the law you have to be honest.” (Bob Dylan)

So we’re gonna take 100PCB’s word for it that this mixtape came about when he was asked to provide music for an after-concert Bowie party at Wembley in 2003. “This is the said mix. It never got past the first track at the party as not many guessed what the hell it was haha,” 100PCB told whoever he shared this tape with.

His source is the tour rehearsals from 1995 for the 1.Outside tour. Two tracks are from the earlier Leon sessions. More info from Wikipedia:

“Outside was originally conceived in March 1994, based on a three and a half hour jam session between David Bowie, Brian Eno and the other musicians involved in the project. Bowie wanted to release the raw versions of the jams as a double album titled ‘Leon’, but was unable to find a record label willing to distribute something that was so uncommercial. A number of original tracks from this jam session have leaked on the Internet and are called by fans the Outside Outtakes.”

1.Outside did okay; No. 8 on the UK charts; No. 21 on the US charts. But there were no takers for Bowie’s subsequent sequels 2. Contamination and 3. Afrikaan.

Fans hoping for some pop songs among 1.Outside’s gritty rock rhythms had to wade through the album’s conceit – a soap opera about an Art Police who determines what’s art and what’s trash amidst the murder and mutilation of citizens.

Of the three singles from 1.Outside, only The Hearts Filthy Lesson makes it to this mixtape. Wisely, other Bowie titles are included with Boys Keep Swinging and a great, dark version of Andy Warhol. We can’t imagine this being a rousing party tape. It’s more like afterhours music, closing nicely with My Death. The Bowie catalog remains safe, deep and rich. You won’t be disappointed with this mixtape. 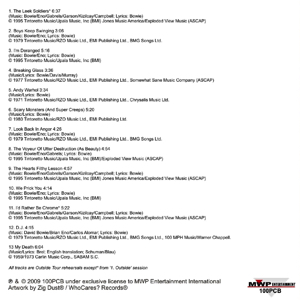 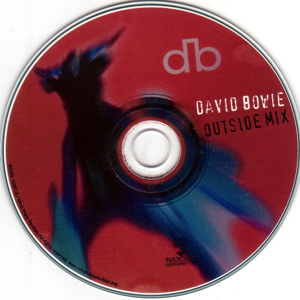 Two Outside outtakes and 11 tracks from the Outside tour rehearsals – all in excellent sound quality and neatly segued together (in a good way not a ‘Stars On 45’ way.) Venue(s) for the tour rehearsal tracks not known I’m afraid – any further info welcome.

It’s 100% soundboard, quite superb. Can’t tell whether the rehearsals tracks are from the tour rehearsals (Hartford CT 11-13/9/95) or the subsequent Elstree/Wembley rehearsals (8-13/11/95) but the whole thing is absolutely blistering.