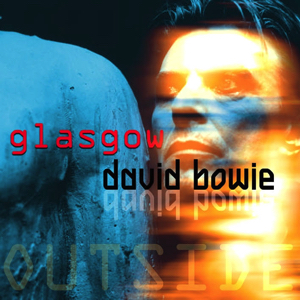 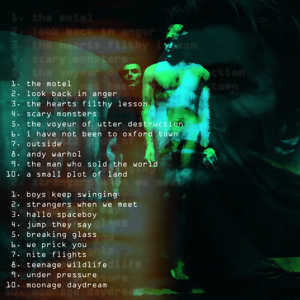 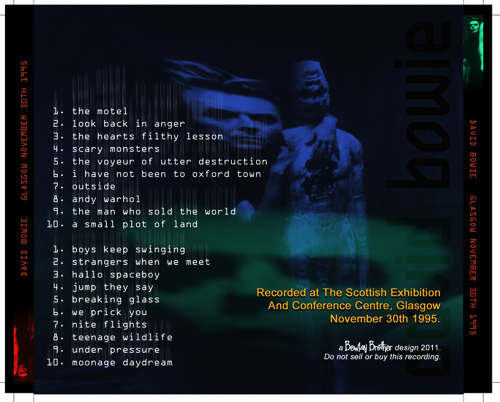 Is Bowie so far behind that he’s years ahead again, as in Ziggy Stardust’s bygone days of yore? Who knows. Who cares.

What really matters is that Bowie in 1995 can rock it up most deftly, despite sporting a daft-looking raggedy, barefoot, lightly-coated-in-flour ensemble which is not going to set the fashion-world alight.

He started off bravely with a lengthy selection from his current Outside album, which has likewise failed to set record retailers’ cash registers a-ringing. Brave? Bowie surely diced with danger by kicking off with a song which featured the line “there’s no hell like an old hell”.

Oh hell; how old we have grown these past 15 years waiting for Bowie to escape his history and craft an all-good album.

Heck, but there was proof last night there is indeed good new stuff on Outside. There’s Heart’s Filthy Lesson, Strangers When We Meet, Hallo Spaceboy. And some of Bowie’s old stuff gets a fresh seeing-to, too: Andy Warhol and Boys Keep Swinging receive delicious camp-metal make-overs; The Man Who Sold The World goes glacial trip-hop.