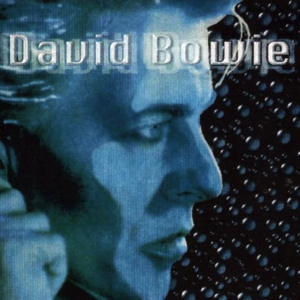 RE-TAKING OFF OUTSIDE: REVIEW OF DAVID BOWIE’S OUTSIDE TOUR FIRST-NIGHT PERFORMANCE, WEMBLEY STADIUM, 14TH NOVEMBER 1995
Having read the reviews of the American leg of his Outside tour, I expected David Bowie to be clad in blazing Rock Star silver. So his selected outfit for Wednesday’s concert at Wembley Arena – his first in Britain for five years – was a surprise. The former Thin White Duke emerged dressed in an artfully stained, crumpled top and trousers that matched the drapes of the masked dummies hanging on the ceiling, and did not change once.