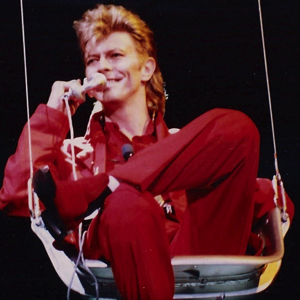 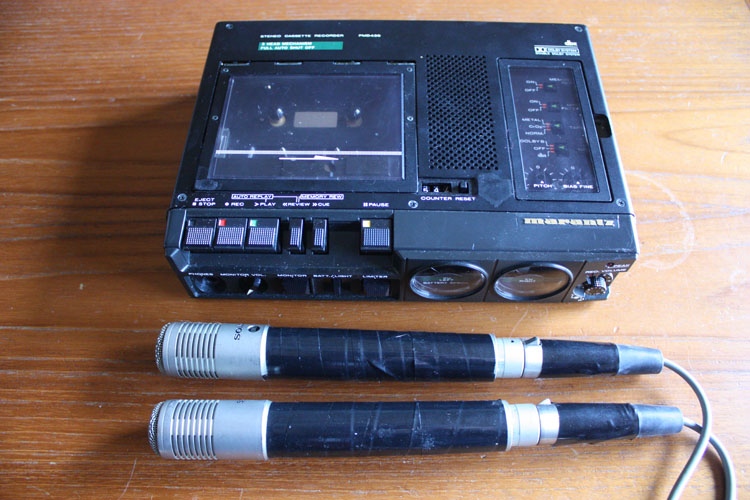 Resenting Night One in Dallas, Texas of The Glass Spider Tour, the supernova of a concert that would eventually crush Bowie under the weight of the overblown and confining theatrics and drive him to downsize to the intimacy of Tin Machine.

Numerous tragedies followed the tour during the European leg, from a lighting engineer falling to his death, a riot in Milan by fans kept out of the venue and a fan drowning while trying to enter the Slane Castle show by swimming the River Boyne in the backstage area.

Moving from the large outdoor stadiums in Europe to the smaller arenas in the States helped with some of the technical difficulties that tend to plague a large production like this. The Glass Spider dialogue had been replaced by a pre-recorded dialogue that Bowie mimed to as he descended from the top of the set. However, both Carlos Alomar and Peter Frampton continued to complain about the dancers continually pushing them upstage and interfering with their effects. Egos also flared throughout the tour, Carlos Alomar apparently asked to start off the show with an extended guitar solo to “prove” his equal to Bowie’s friend Peter Frampton, or so the story goes. Listening to the playback of this show the solo still seems as much out of place now as it did then. A critical part of Bowie’s early 80’s sound, once Frampton came on board he stated a few years later, “On that tour I was tired of being the sideman. I wanted my place. Give me a bone, Jesus!”

The tour rolled into Dallas from Houston on October 9th for the 41st and 42nd show of the North American leg of the tour.

On October 9th Bowie spent the night in a Dallas hotel room with a 30 year old woman who would later accuse him of sexual assault “in a dracula like way”. Bowie conceded he spent the night with the woman but denied the accusations he sexually assaulted her, a grand jury declined to indict Bowie on November 18th. Two years later a federal judge dismissed the lawsuit the woman had brought against him.

October 10th was the first night of a two night stand in Dallas, I was not able to tape the second night as I did not live in Dallas at the time but I offer here the first night for the very first time directly from my master tapes.

Even though these theater productions left a lot to be desired it did set the stage for many grand theater type rock concerts to come and at most shows the musicians performances were solid, even being inspired at times.

Frampton seemed to add some life to what might have been, by this time, a going through the paces show confined to a set in stone set list due to the choreography involved.

Also due to the theatrical production there were limitations to the sound system. The show never seemed to have the sound “punch” of a normal rock concert.
I also noticed after transfer a lot of beginnings of songs seemed to be lower volume than the rest of the song, I’ve smoothed these instances out.

Per dime rules I’ve excluded the Kronos Quartets version of Purple Haze played over the PA as the players got into position.

One final note, I had backstage passes to meet Bowie before the show, there were about 6 of us backstage and we were told in no uncertain terms there would be no autographs, no pictures and any additional interaction after the initial introduction would be initiated by Mr. Bowie. I don’t have much memory of it except that he was pleasant enough, it was short and sweet, and with an “enjoy the show” he was gone.
mjk5510