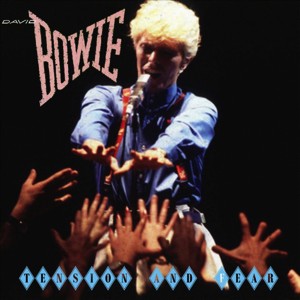 The sound is of such a clarity that not only Bowie’s words and the band can be heard loud and clear,but also the words spoken in the audience; by the sound of it this is not a very large hall. The audience are considerably calmer than in Tokyo; hysterical screaming is present,but it comes in short, bursts, so that after each number there is absolute silence. Every now and again a cough is heard or a cry “Bowie”. Not nearly all the songs are recognised by the audience,not even such imperishable hits as Rebel Rebel,Life on Mars and Golden Years. It is obvious that Bowie is not in the right mood for this concert; his vocal achievements are below expectation; it sounds as though his throat is bothering him and he wants to nurse his Voice. Breaking Glass ,TVC15 and Star are left out (.),for the rest everything is played in the same order as in Tokyo.

Small cut during the band intros, hence not split as separate track.