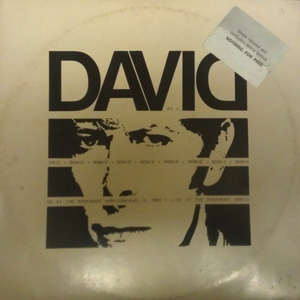 Bowie and the band were uninspired, and the sound was deplorable in this basketball house built in 1980. But there was a funny moment during Let’s Dance: a girl in the front row offered Bowie one of her red slippers,but he wouldn’t give it back. She stuck out her hand Lo get hold of it,but Bowie kept pulling it away playfully. He gave it back in the end; the audience were much amused! There was much enthusiasm in the audience,which con­sisted mainly of somewhat younger people who only knew Bowie from Let’s Dance. During Station to Station people in the audience cry “Sit down!” but when this remains without success, they start calling – in a chorus even – “Get down,get down,get down!”. The tape gives an incredible good mass sound of the audience,especially at the end of Fame,when Bowie turns it into a singalong,singing “Fame,fame,stick it,stick it!” and urges the audience to sing with him. One continually hears the massess of the audience sing “Fame!” – lovely! In Jean Genie Bowie sings “Chicago’s a go-go” instead of “New York”,a joke which he also produced in Detroit,but which got less cheers here than in Detroit. 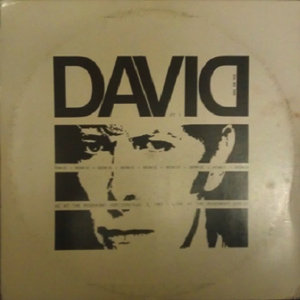 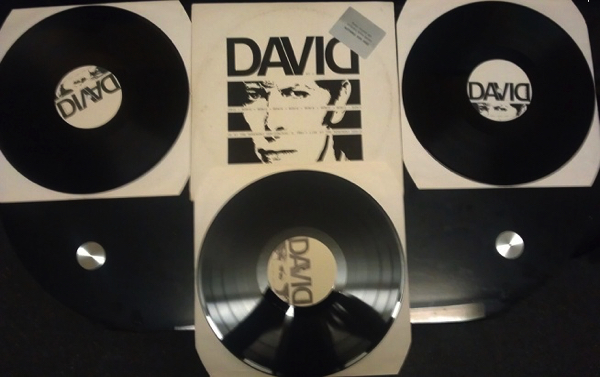 When he was in Chicago Bowie was interviewed by Gabrielle Sneddon-Pike from “No. I”,an English magazine:

GSP: Now you’re about halfway through your world tour, are you enjoying it all again?
DB: Great,it’s very light-heilrted,very easy in fact. We have even got ourselves a baseball team. Actually it’s a lot of fun. I’m not tired or exhausted at all.
GSP: You seem to be adding a lot more dates all the time.
DB: Yes,it’s no problem at all. Everybody in the outfit is incredibly good-humoured. Nothing is taken desperately serious,which helps I think. There’s no p r ob l.ems at all, especially in my relationship with the band. IL’s been ab­ solutely wonderful from the start.
GSP: Did you actually expect the kind at success you’re having with this tour?
DB: No,we just did not know what was going to happen when we booked the tour. So we played it safe. Then the whole thjng just escalated as soon as the announcement was made. It started snowballing and it is still snowballing over here in the US. It has exceeded all my expectations consi­derable! It’s wonderful – I’m not complaining (smiling).