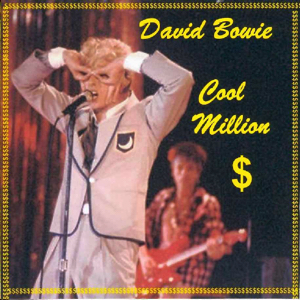 Label : No label
Audio Source : soundboard (Many site’s says Cool Million is audience but I think this is probably a misprint, it is soundboard, no question when you listen to the opening announcement by George Simms)
Lineage :
Total running time : 1:35:34
Sound Quality : very good. Equals record or radio apart from a slight noise and some dullness.
Attendance : 300.000
Artwork : Yes

As the inlay describes, Bowie was paid $1 million to play at this three day festival. While the audience may have got their money’s worth, the previous concert had been just three days earlier in Frejus in southern France and the next three days later at Wembley – even by today’s standards, that’s a tough schedule.: 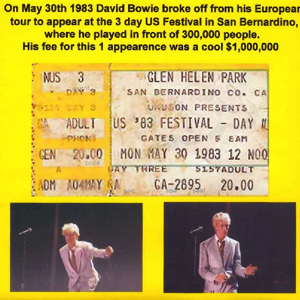 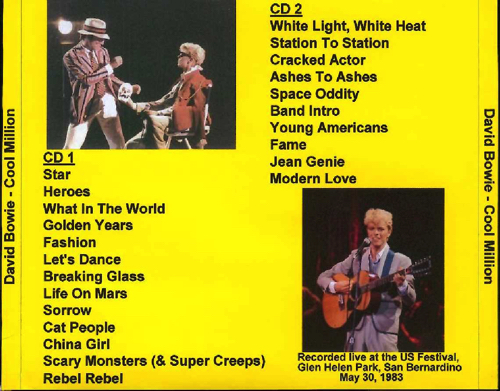