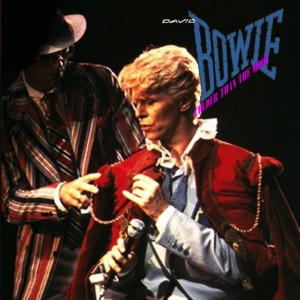 China Girl was announced with the words “This is a song which was written by myself and Iggy Pop and it’s called China Girl”.
The beginning of Modern Love was very nice: “I don’t want to stay in,and I don’t want to go out. And I’ll fuck that up” Bowie sings,then he falls apart with laughter missing a few lines. The audience are reasonably audible on this tape; they con laugh about it.
This was a fine concert,in the open air,amidst the mountains and Bowie and his hays were eager and did their very best.