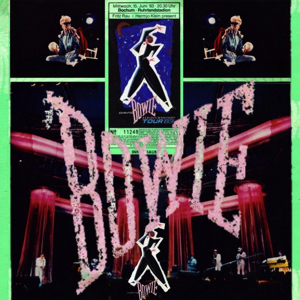 Label : No label
Audio Source : audience
Lineage : The taper taped this concert with an AIWA walkman and an extra microphone –
Recording Location: The Taper recorded it from the middle of the audience-mob about 20 meters from the stage.
Total running time : 0:49:35
Sound Quality : Much noise ,dull ,but still good listened to
Attendance : 33.843
Artwork : Yes
Note : The Taper Have only the first part. His cassette-recorder did not record the second part. It’s a nice and typical audience recording