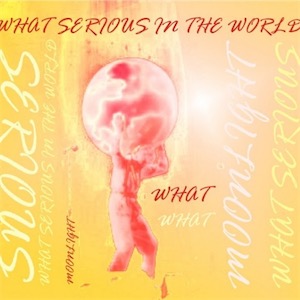 AT 8:25 the band came up and stated the show
Heroes too was well received and again the song was almost completely accompanied by clapping,often out of time! After the number Bowie said “Thank you very much,good evening”.
Space Oddity was sung en masse,with thousands of cigarette lighters creating a beautiful sight in the stadium. After the song Bowie thanked the audience for the applause and the whole crowd cried “BOWIE ,BOWIE” “Thank you very much indeed,good evening” was his reply. “Uhm, I’d like to introduce my band to you,but as I don’t speak your language I have someone here who will translate” Bowie said, and brought Carlos Alomar forward. “Okay,I’d like to introduce you to my band” and Carlos translated it into Spanish,which, although it sounded quite funny,was unintelligible for the audience! After the announcement of the Borneo horns,Bowie said: “Playing with me for a long time now,on rhythm guitar ….” and now Carlos must introduce himself. With some hesitation he said: “In gitarra ritmo,Carlos Alomar”. Bowie thought all this quite funny and went on: “On bass guitar,somebody from New York …” Carlos translated and Bowie finished his sentence: ” .. Carmine Rojas”. “On percussion … “ and Carlos was supposed to translate this,but he pronounced at least one or two com­plete lines and the have no idea what he was saying,but Bowie split his sides with laughter! He was positively doubling up and the audience joined in as well. Finally,after all this messing around,each member of the band had been introduced,but then the balloon rolled into the audience – probable on account of the wind. “No,I didn’t mean that,give it back” and the front lines of the audience bounced it back. “Alllright now” he said having back the balloon,and then immediately kicked it back into the crowd!
Young Americans began,but firs tit was drowned by “Bowie, Bowie!” yells which had grown even more powerful!
The rest of the concert was superior too and the audience was quite im­ pressed by the fact that the people in the back rows were singing along as happily as those in the front rows.
The conditions in the Feyenoord Stadium were perfect,the audience were quite happy and friendly and nothing serious happened.
This concert could not surpass the Brussels shows,but it was a splendid concert,and,as a Bowie spokesman said two days late later in a radio interview,it was among The best open-air con­certs of the tour.