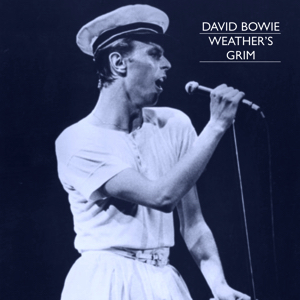 An Enthusiastic crowd and a good concert 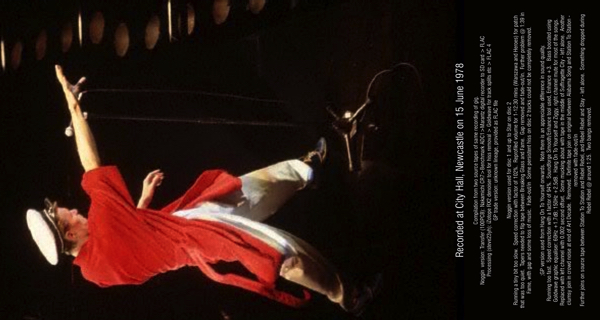 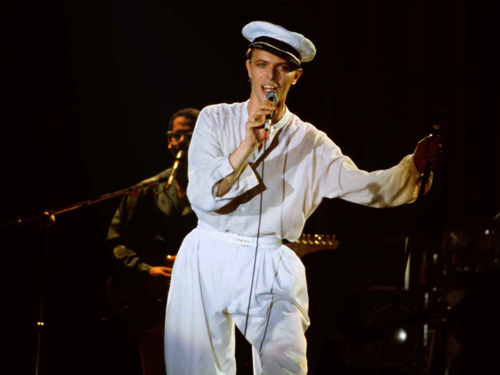 Disc 1 plus tracks 1-4 from Noggin version:

iZotope RX2 throughout, some quite persistent hiss.

Running a tiny bit too slow. Speed correction with factor of 102%.

Reprofiled volume for 1-12:30 mins (Warszawa and Heroes) for patch that was too quiet.
Tapers needed to flip tape between Breaking Glass and Fame. Gap removed and fade-out/in
Further problem @ 1:39 in Fame, with gap and some loss of music. Fade-out/in

Hang On To Yourself and Ziggy Stardust, right channel mute for most of the songs. Replaced with left channel with 0.002 second offset.
Some mucking about with tape in the middle of Suffragette City – left alone.
Another clumsy join in crowd noise at end of Art Decade. Removed.
Definite tape join on original between Alabama Song and Station To Station – removed with fade-out/in
Further joins on source tape between Station To Station and Rebel Rebel, and Rebel Rebel and Stay – left alone.
Something dropped during Rebel Rebel @ around 1:25. Two bangs removed.