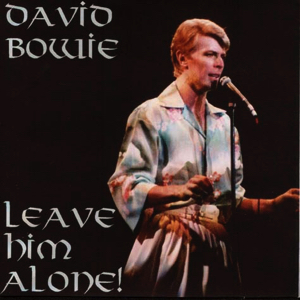 During that song a boy in the first row gat sn exi­ ted that he gat onto his seat and started jumping up and down on it. This annoyed the people behind him,and instantly a secu­ rity guard showed up tn make him sit down. The man did not suc­ceed right away and gave the boy a couple of blows. Bowie saw,and taak fire at once. The band stop­ ped playing while Bowie cal led out “No,no,stop! Leave him alo­ne!“. So,the bouncer left him alone and Bowie shook hands with the boy before continuing the concert. They tried to gather up the treads of Station To Station ,but couldn’t ,so they played Rebel Rebel . Here Bowie Talks a lot .but on the tape/disc one can’t hear to well.
The Extra’s are Station To Station (All of it this time !) and Stay ; during these songs that same boy was frantically jumping up and down on his seat again but now all the rest of the audience were his companions. No trouble now! And that’s how it should be. 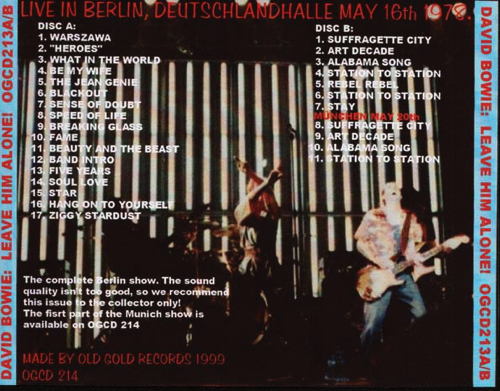 Sound samples:
Be My Wife
Star