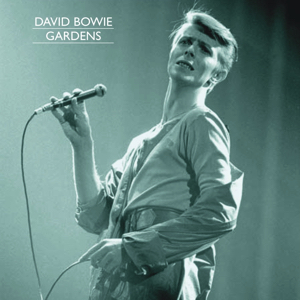 May 1, 1978, at Maple Leaf Gardens: As described by The Globe’s Stephen Godfrey,
“ In a long green windbreaker and light baggy pants similar to waders, Mr. Bowie looked like a fragile fisherman. But the looks are part of the one character that Bowie cannot abandon – that of a vulnerable-looking cadaver – but sings and acts with a confidence and bite that make the looks a mystery. As a culmination of his characters over the years, it couldn’t be bettered.”

Can be variable volume, needed some balancing
Strange transition between Heroes and What In The World, with sudden dive in volume – adjusted to smoothen
Gap between Speed Of Life and Breaking Glass – removed: basically only crowd noise affected
Gap in the crowd noise in the false ending of Breaking Glass! Removed, OK.

Tape flip at the start of Beauty and the Beast – seamless
Abrupt start to Fame (indicating old edit or stopped tape) is on source tape
Extra erroneous beat in Star intro (sound blip) successfully removed
Abrupt join between Star and Hang On To Yourself is on source tape
Gap between Alabama Song and Station To Station removed. Crowd noise only

Station To Station does cut out before the end.