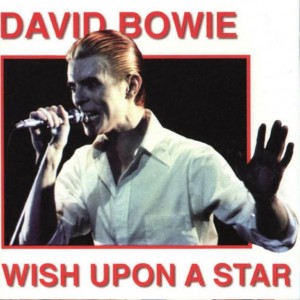 Bowie announces the number: “A very old friend of both yours and mine,Iggy Pop,is gonna do an album with me and this is a song we’re doing on the album,and it’s called Sister Midnight“. It is rather a long version,which is accompanied by a lot of screaming from the audience.

This record gives a good impression of the high standard of the concert: each song is played splendidly,with great vigour; the audience are quite thrilled,they can be heard en masse, which lends the record a fine atmosphere. Panic in Detroit is performed really magnificently with a long drum solo by Dennis Davis,who imparts a special flavour to the version by making all sorts of funny sounds with his mouth. The solo stops,and the number is ended with a short solo by each one of the mem­bers of the band, “This is a song by my very favourite Lou Reed“ Bowie says during the beginning of Waiting For the Man. In TVC15 Bowie plays the saxophone for a while; the audience cry out their enthusiasm,although,to be honest,I think it is awful! It sounds rather like a bleating goat!