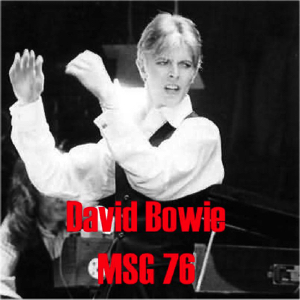 After the last concert of the US leg of the tour, a small party was held at the Penn Plaza Club for Bowie and the crew.
Guests included Cyrinda Foxe, Flo and Eddie, Danny Fields, John Cale and Ronnie Spector, who told Uncut in 2006, “I didn’t know him. I was like, David who? A man in make-up? But he went straight for me. We became friends later.”
At the party Bowie described that evening’s show as getting the best reaction he had ever received: “I was so nervous, I nearly threw up!” He spent much of the evening in a corner booth with Iggy.
He told Lisa Robinson that he and Iggy would finish the album they had begun on the tour in either Munich or Switzerland. “It’ll be a Bewlay Bros production and then we’ll give it to whoever offers the best deal.