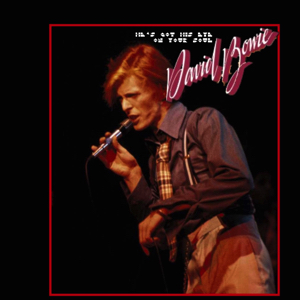 An audio recording exists of this show which is commonly thought to be from 28 October 1974. However, David did not play New York on that date and in his book “People Stared At The Make-up On His Face”, Per Nilsen suggests that the correct date is 30 October.
This recording is the only one known to contain the full set played by the Mike Garson Band prior to David taking the stage:

This is the only tape which also contains the pre-programme played by the Garson band:
– Announcement
– Funky Music
– You Keep Me Hanging On
– I’m in the Mood For Love
– Stormy Monday
– Love Train
– Memory of the Free Festival