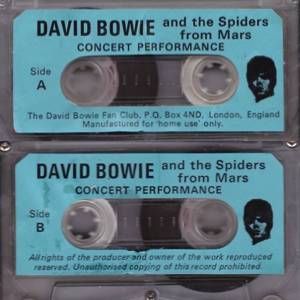 SIDE B
14. Width Of A Circle (Resumes After The Last Verse)
15. Band Introduction
16. John I’m Only Dancing
17. Moonage Daydream (False Start)
18. Moonage Daydream (Break In Middle)
19. Starman (Break After Starman)
20. Waiting For The Man
21. White Light/White Heat (Break After White Light)
22. Suffragette City (Break After Suffragette City)
23. Jean Genie (Bowie Intros Song Telling Crowd This Was Written About A Friend Of Ours Called Iggy Pop)
24. Couple Of Breaks THen Cuts Into Ode To Joy which Fades 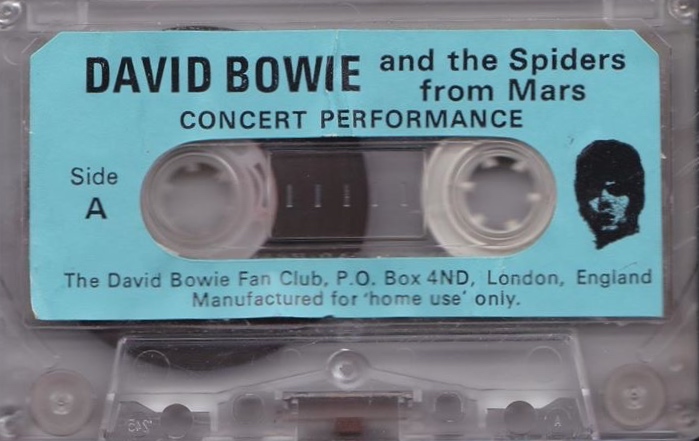 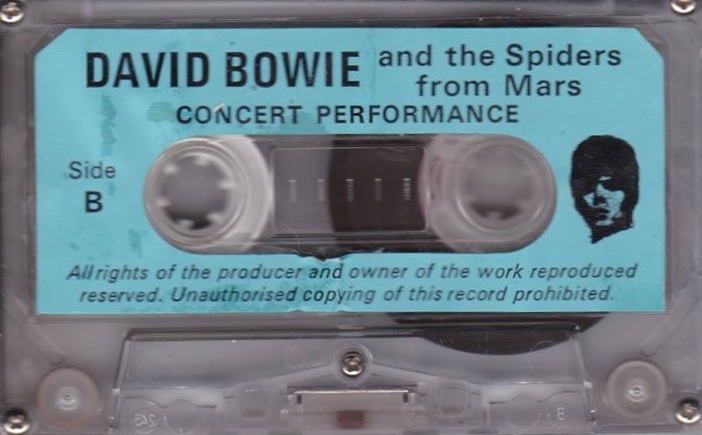